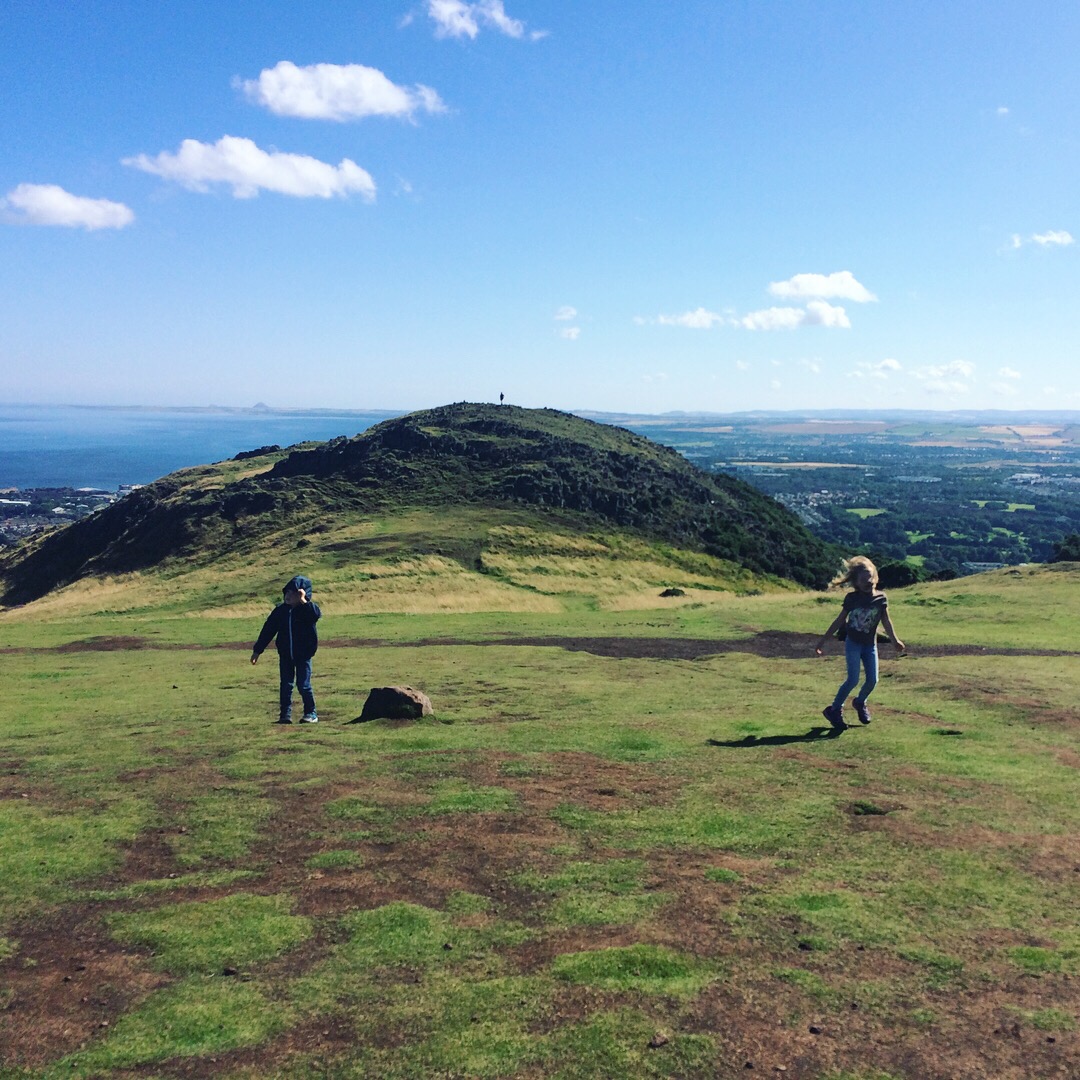 After our cold and rainy, yet lovely time in Ireland we were glad to get back to France. We were welcomed with fantastic weather and were super grateful to get to have a couple of beautiful weeks here spent mostly at the lake and hiking of course. 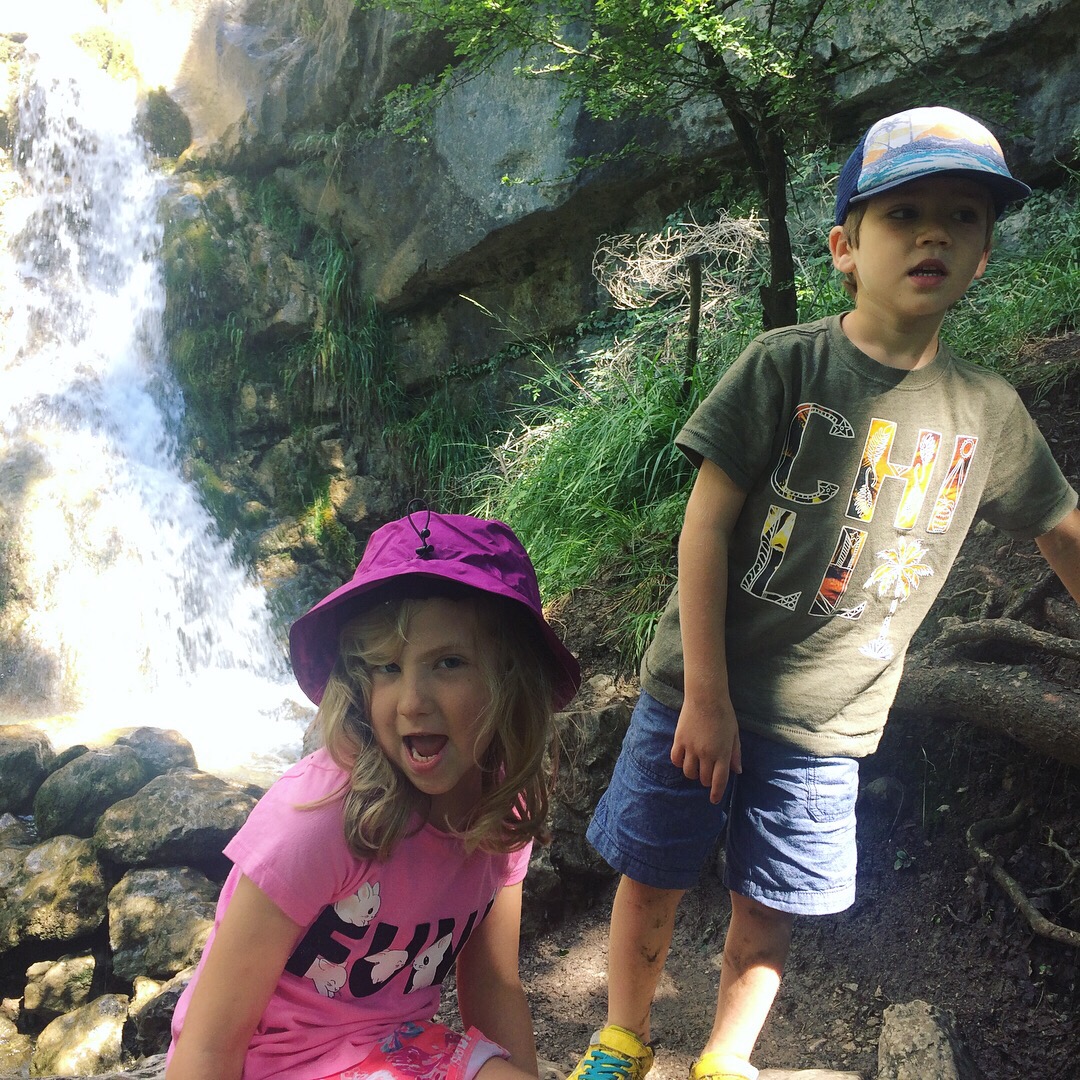 These crazy bums loved the waterfall at la balme de thuy. We had a picnic on the rocks here but I was super nervous about someone falling in as we were barely balanced on the edge. It was a good cardio workout for me. Maybe I could market a new workout program based on worry? 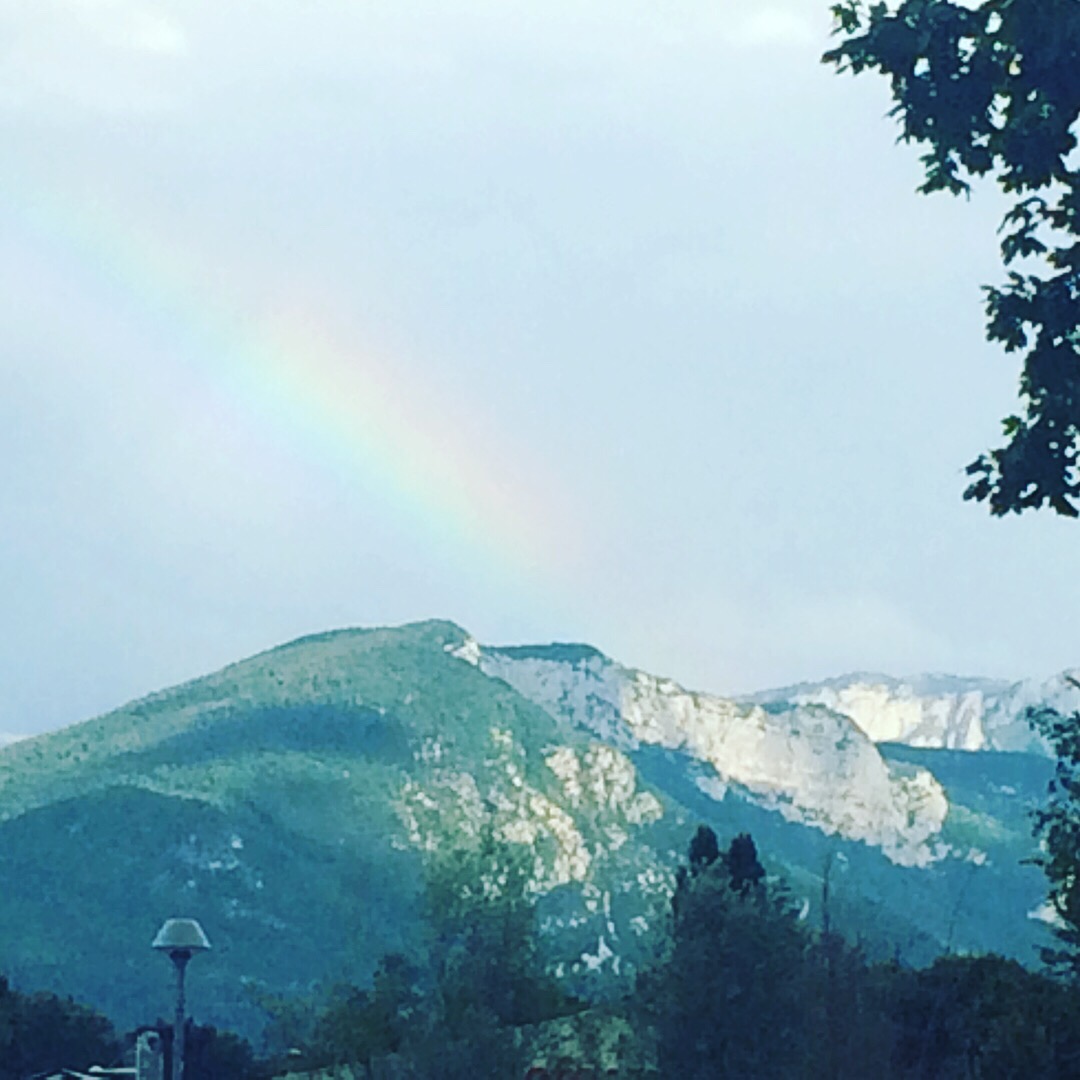 We also visited parc des épouvantails. It’s was a really cool scarecrow village held at the same place as médiéval. They had an amazing owl show and the kids were thrilled to be able to hold one on their heads! 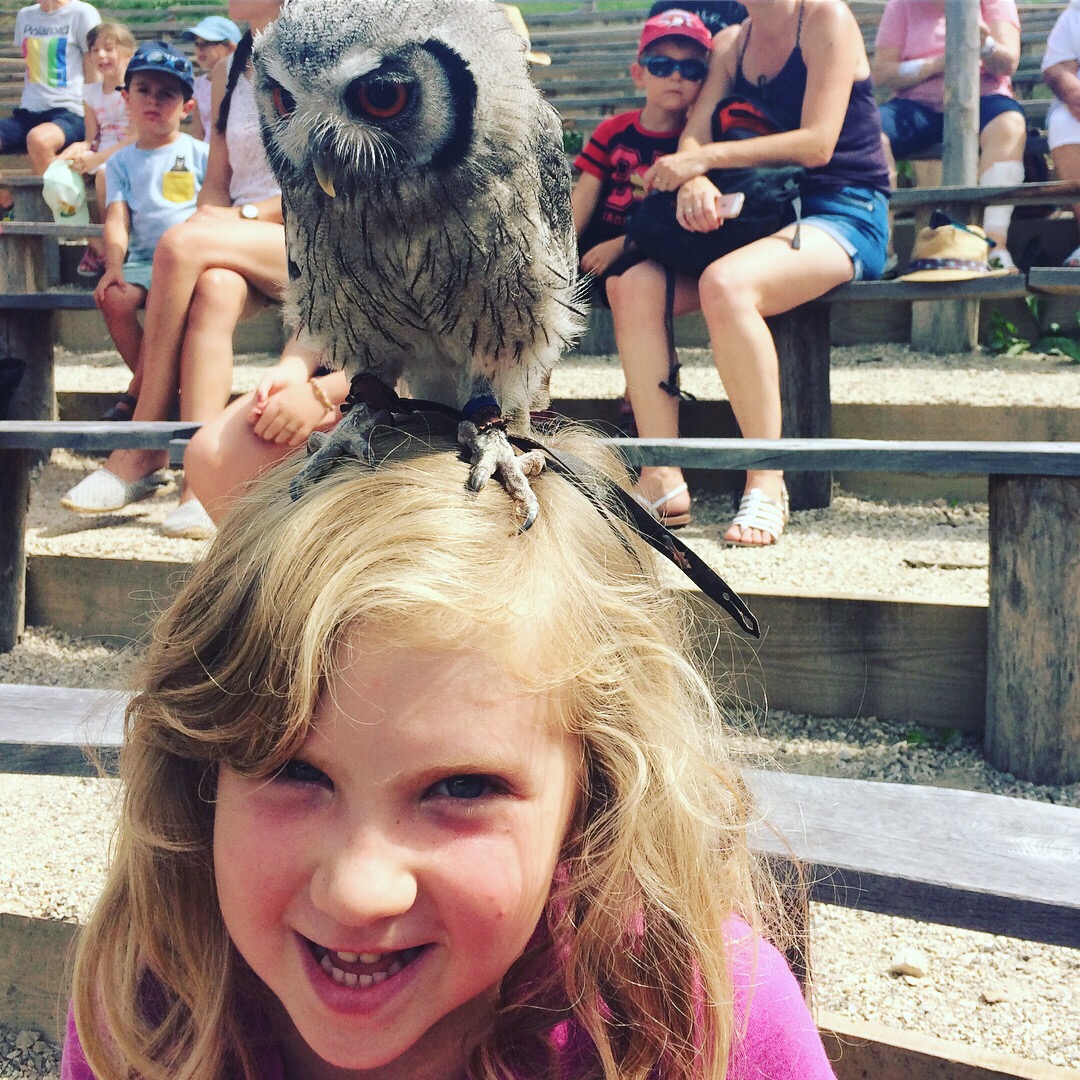 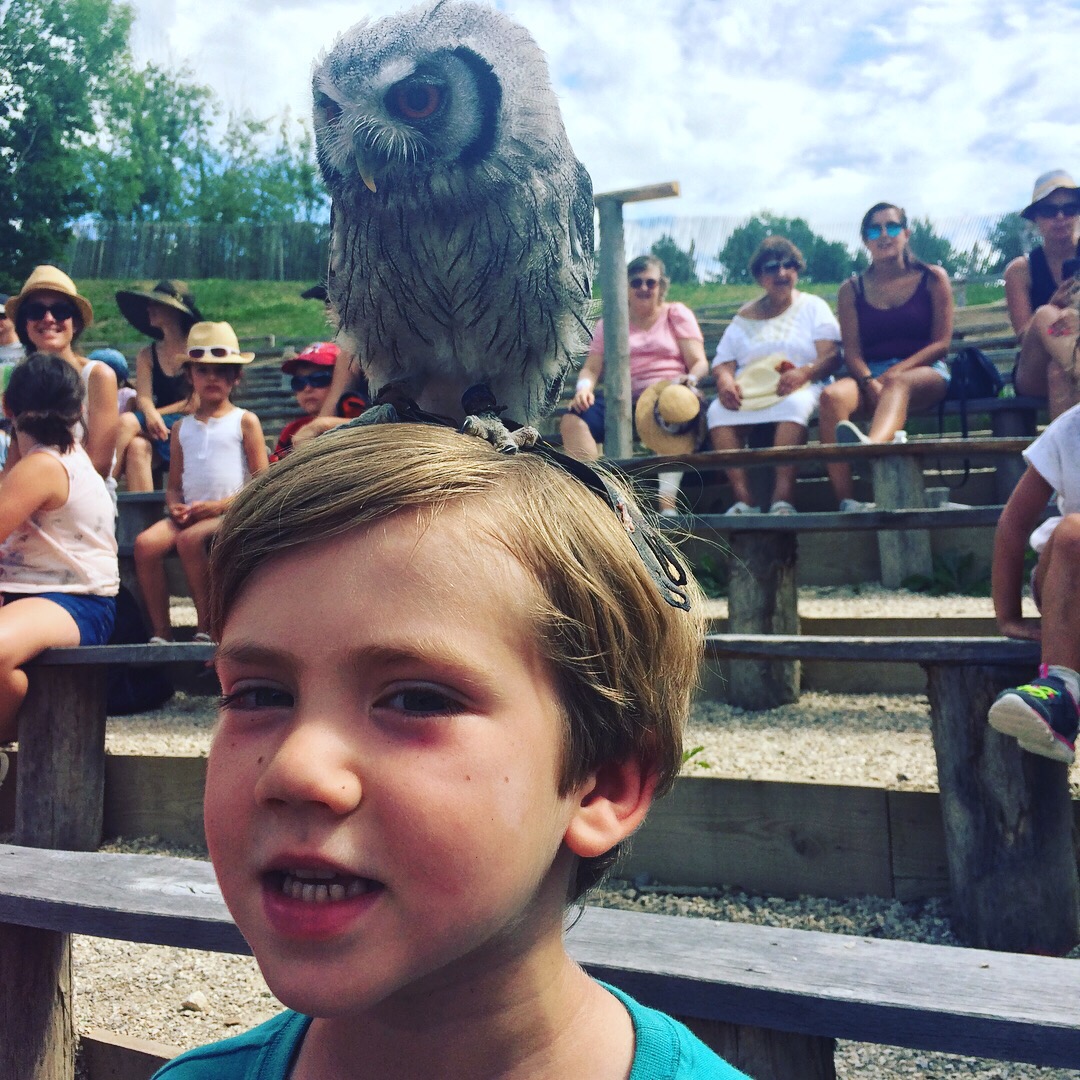 Esther didn’t seem to be too scared of the scarecrows. 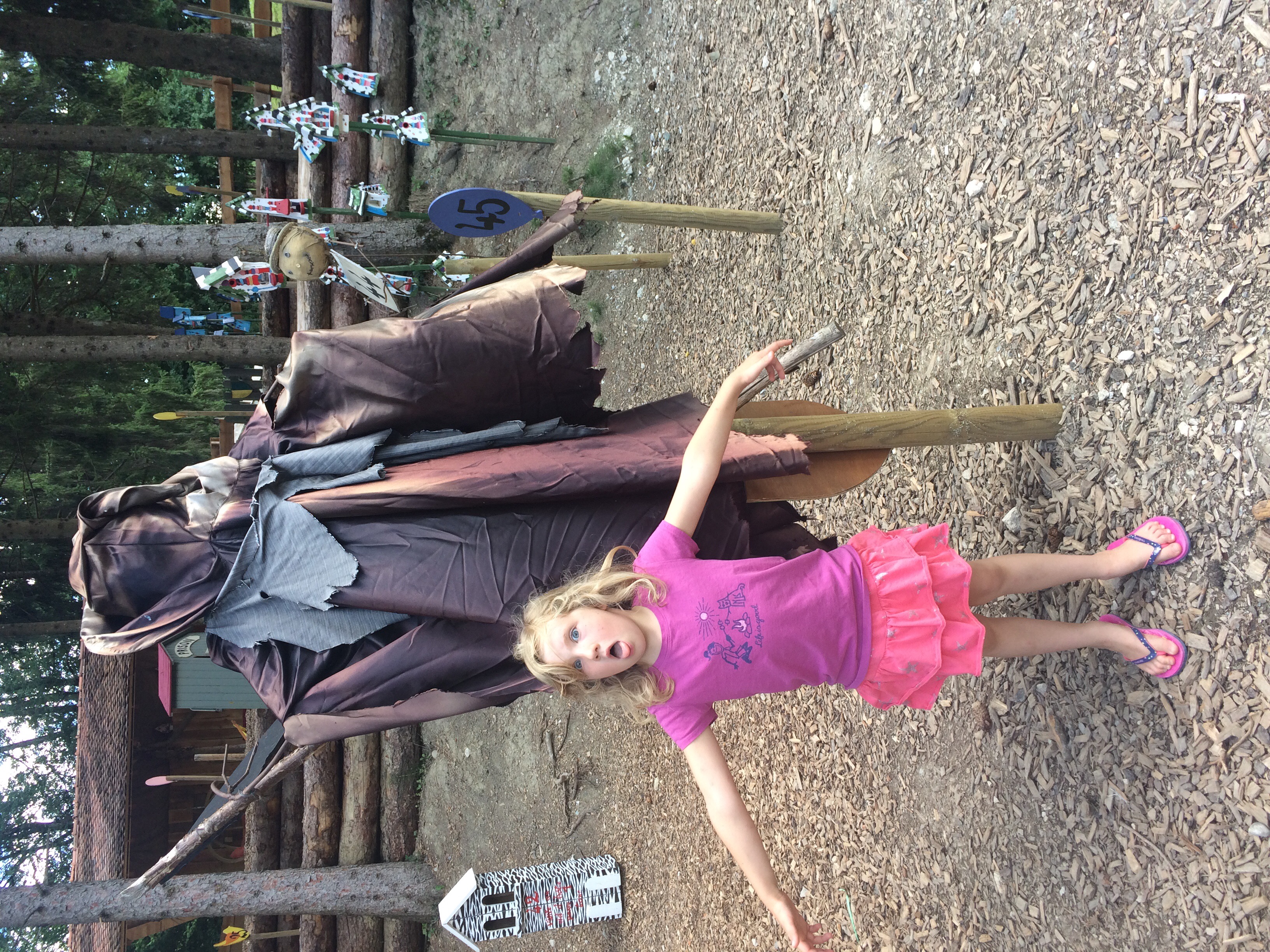 In other news, during that 2 weeks, we taught the kids to play chess! And they’re really good! 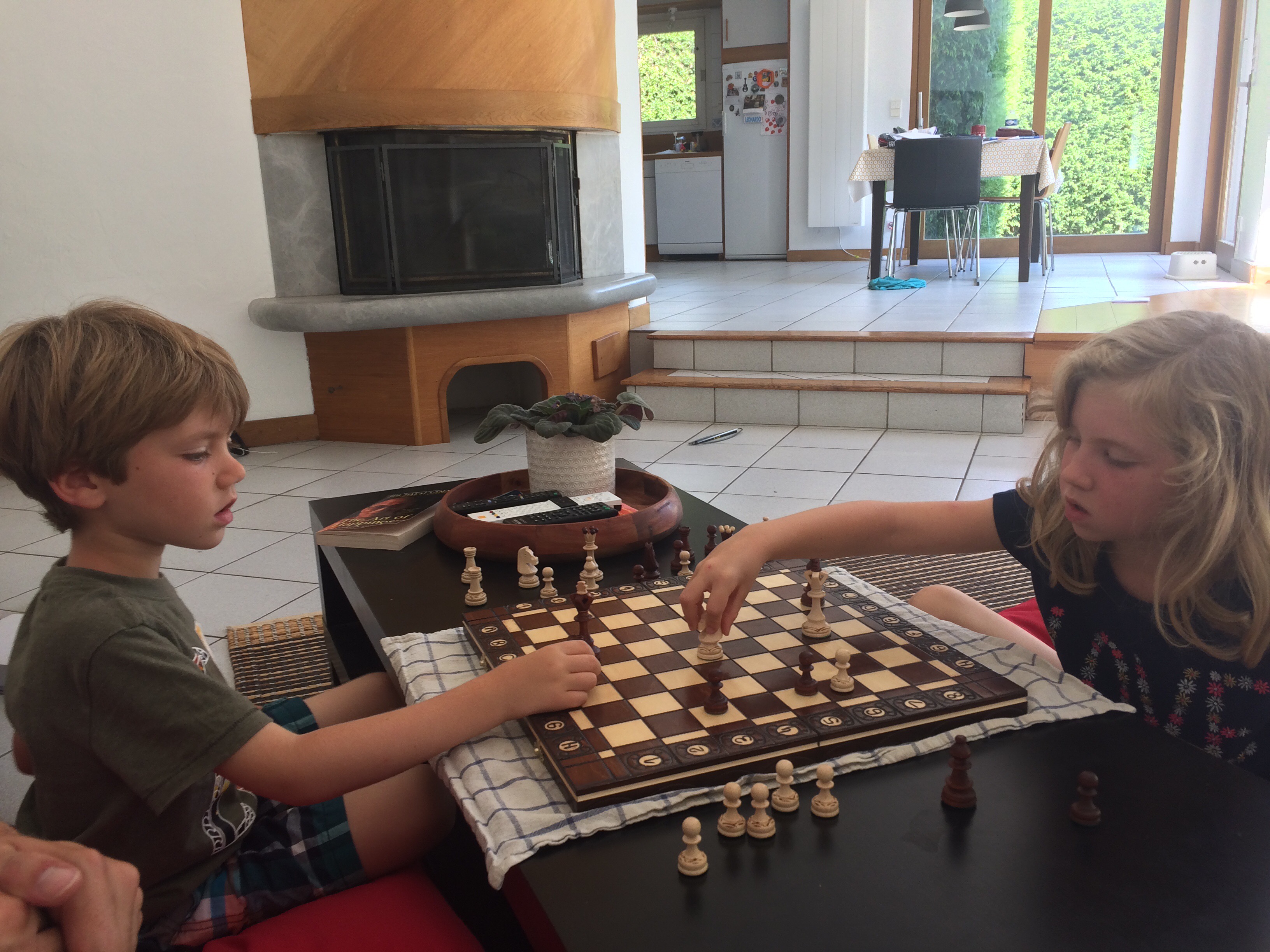 So by the time we were fully recovered, it was time to adventure again! We met Craig’s parents in Edinburgh and had a fantastic time. 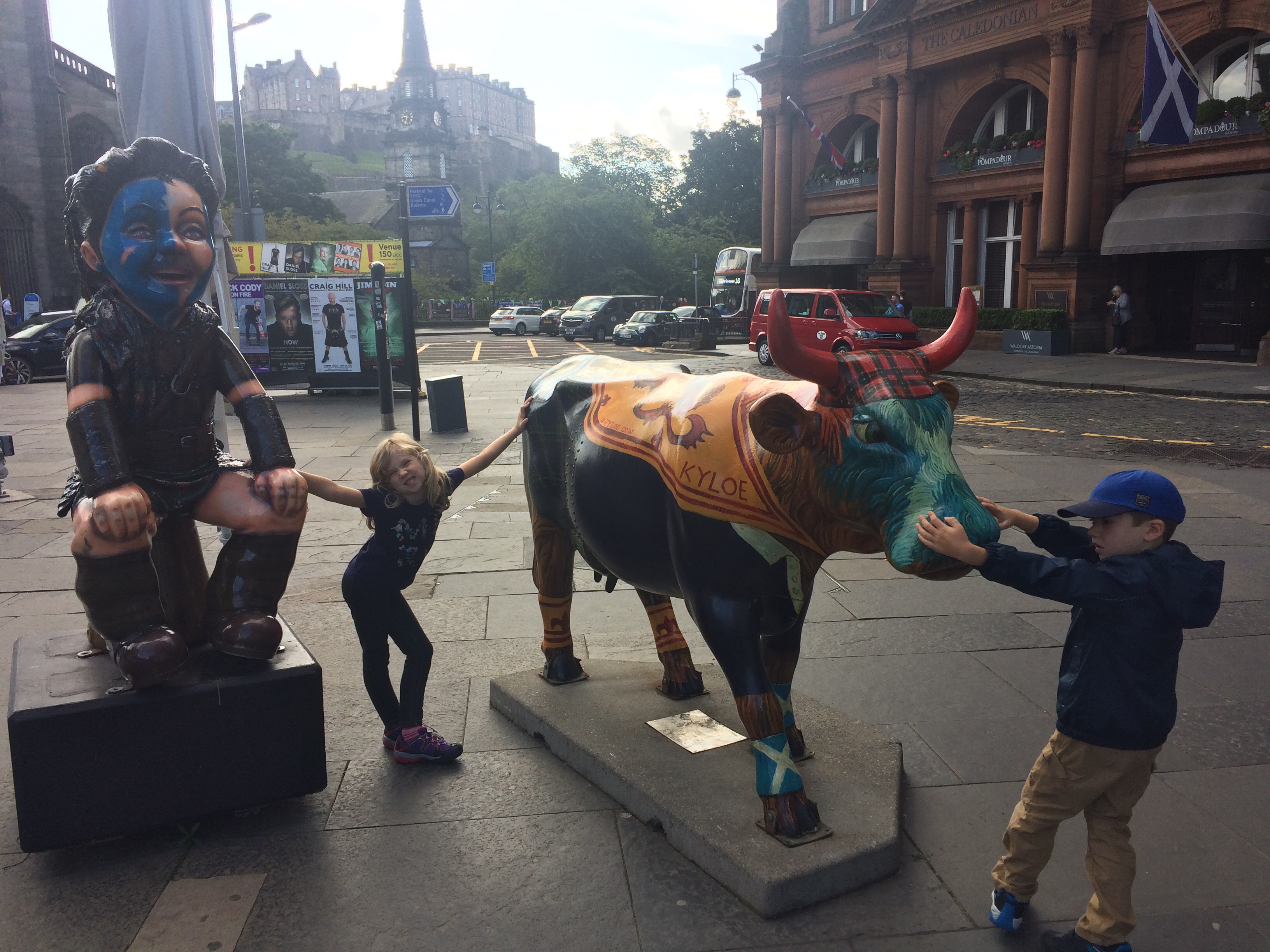 On our second day there, we went on a Harry Potter tour. J.K. Rowling lived there while she was writing the books so a lot of real local places inspired places and events in the books.

We saw the grave of Tom Riddel AKA Lord Voldemort. 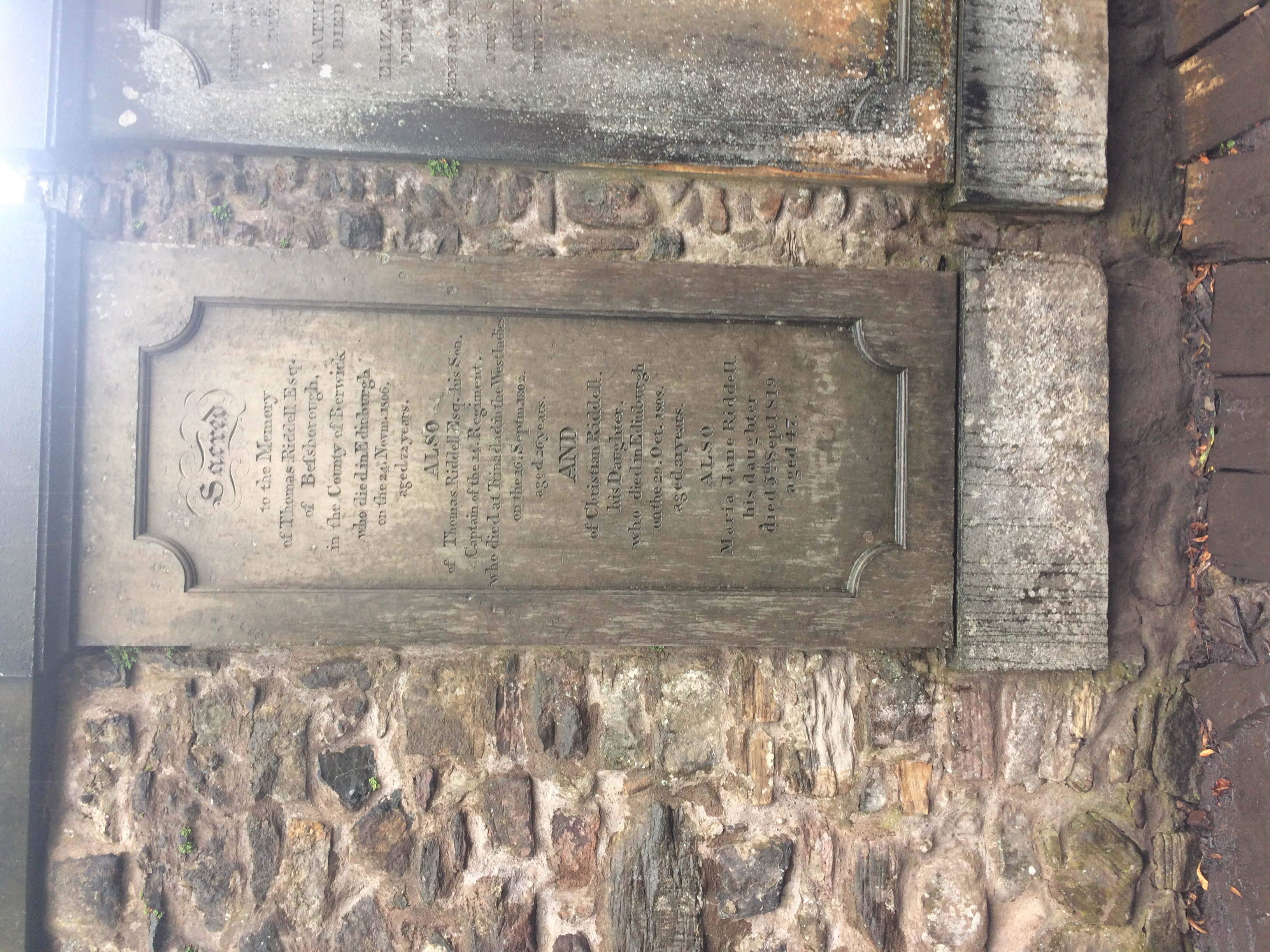 Ironically the real Tom Riddel was a witch hunter and was responsible for the deaths of many innocent women. And now his name is used for a make believe evil wizard, ha!

My favorite part of Scotland was climbing Arthur’s Seat at Holyrood Park. We had 360 degrees of amazing views. 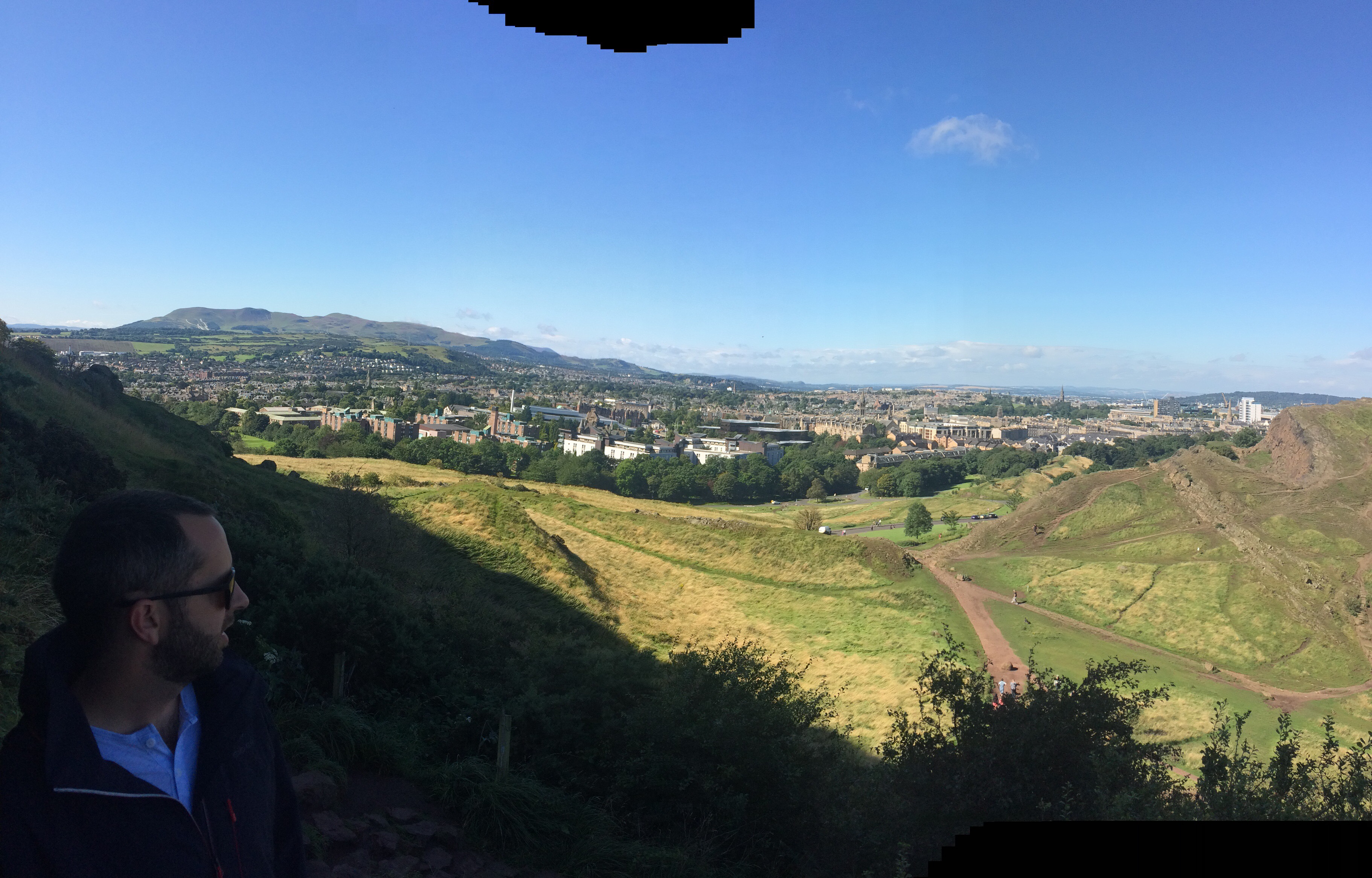 Caleb liked it too. 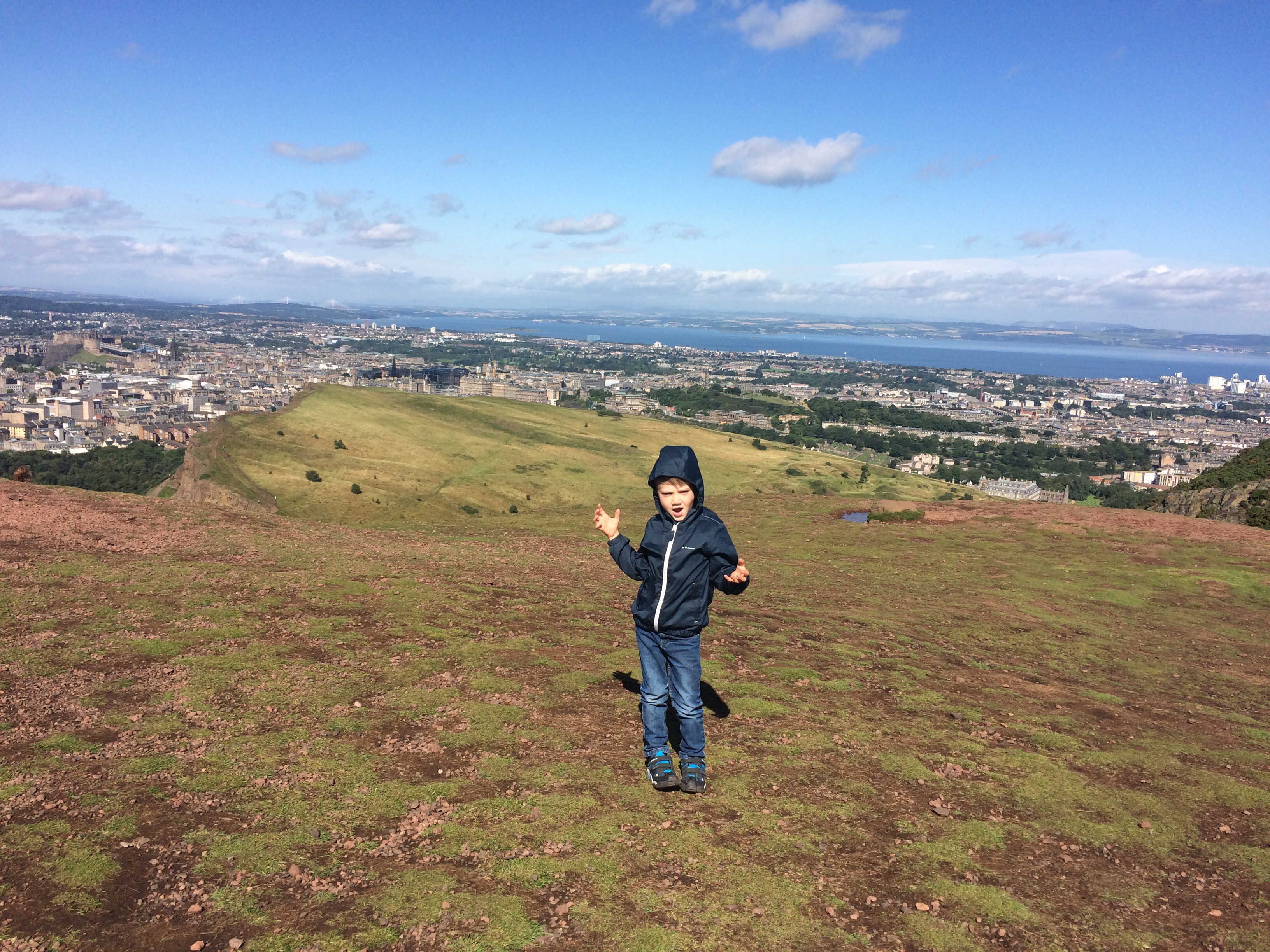 As did we. Sorry for the squinty eyes. 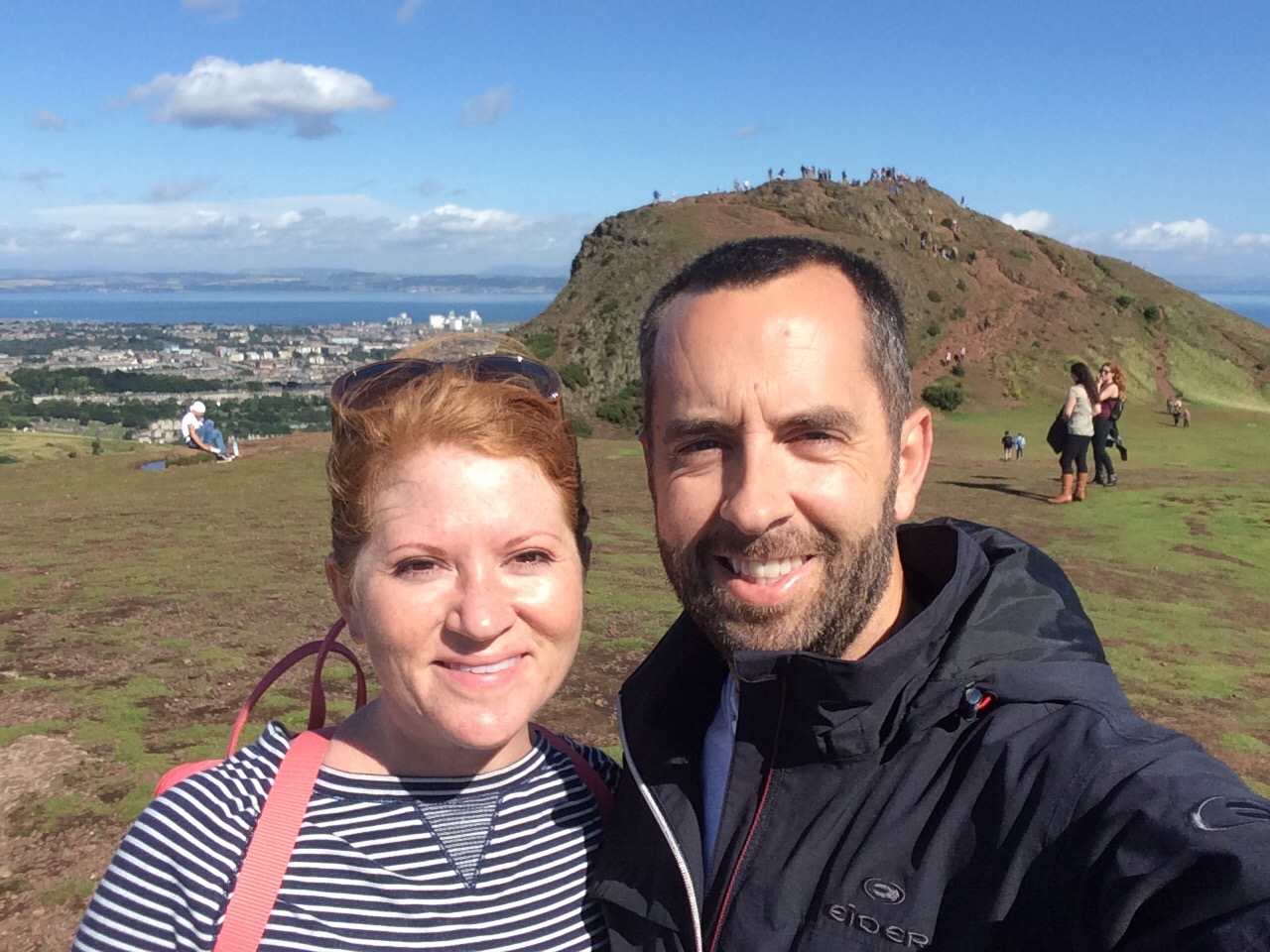 The palace at Holyrood was also gorgeous. This is where the queen lives when she’s in Scotland. The kids liked listening to the audio tour. I think they felt like they were on important phone calls. 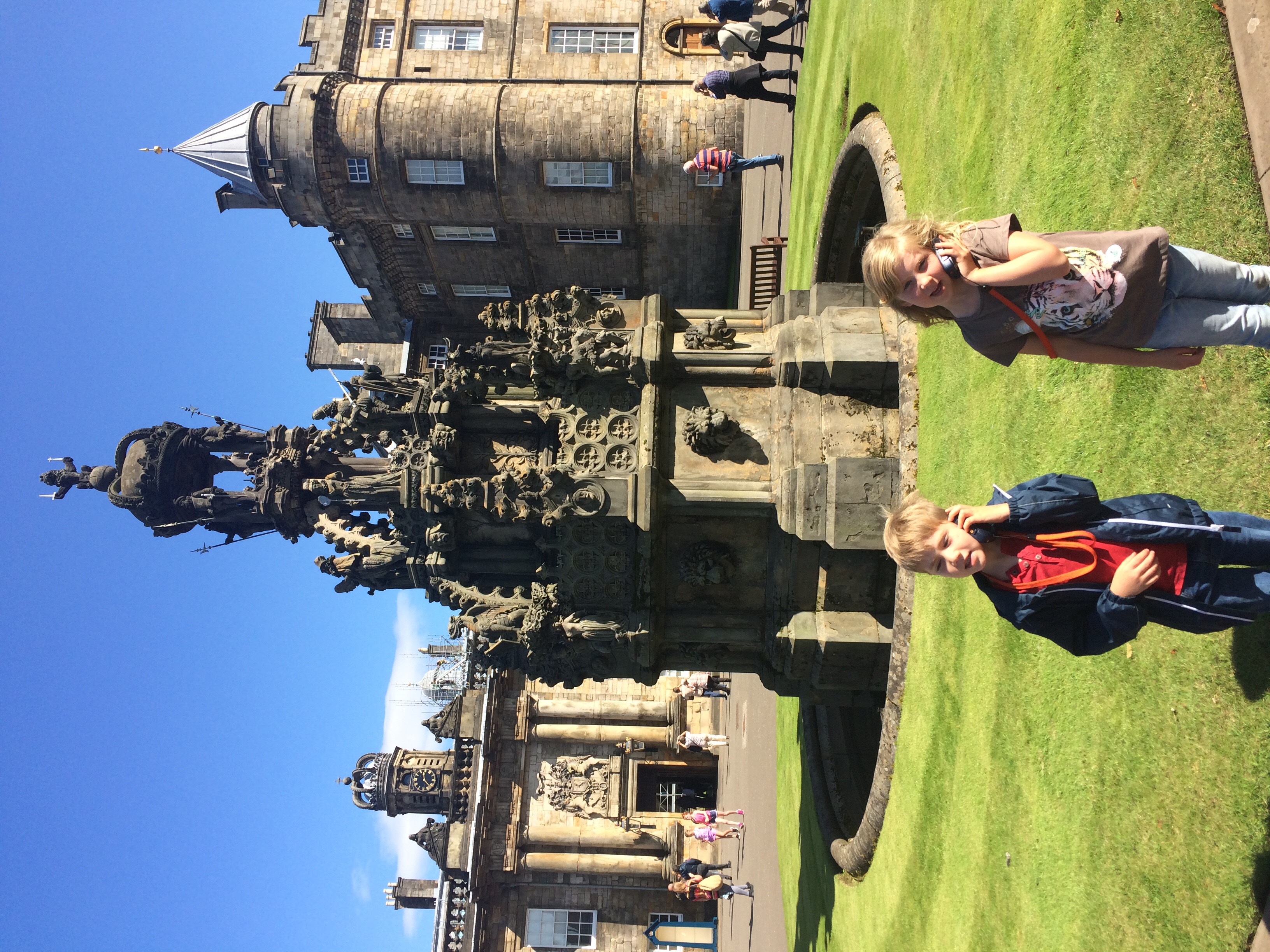 The ruins of the abbey are attached to the palace. Evidently it was poorly built and the roof caved in several times right from the beginning, then they just stopped rebuilding. What remains is very beautiful though. 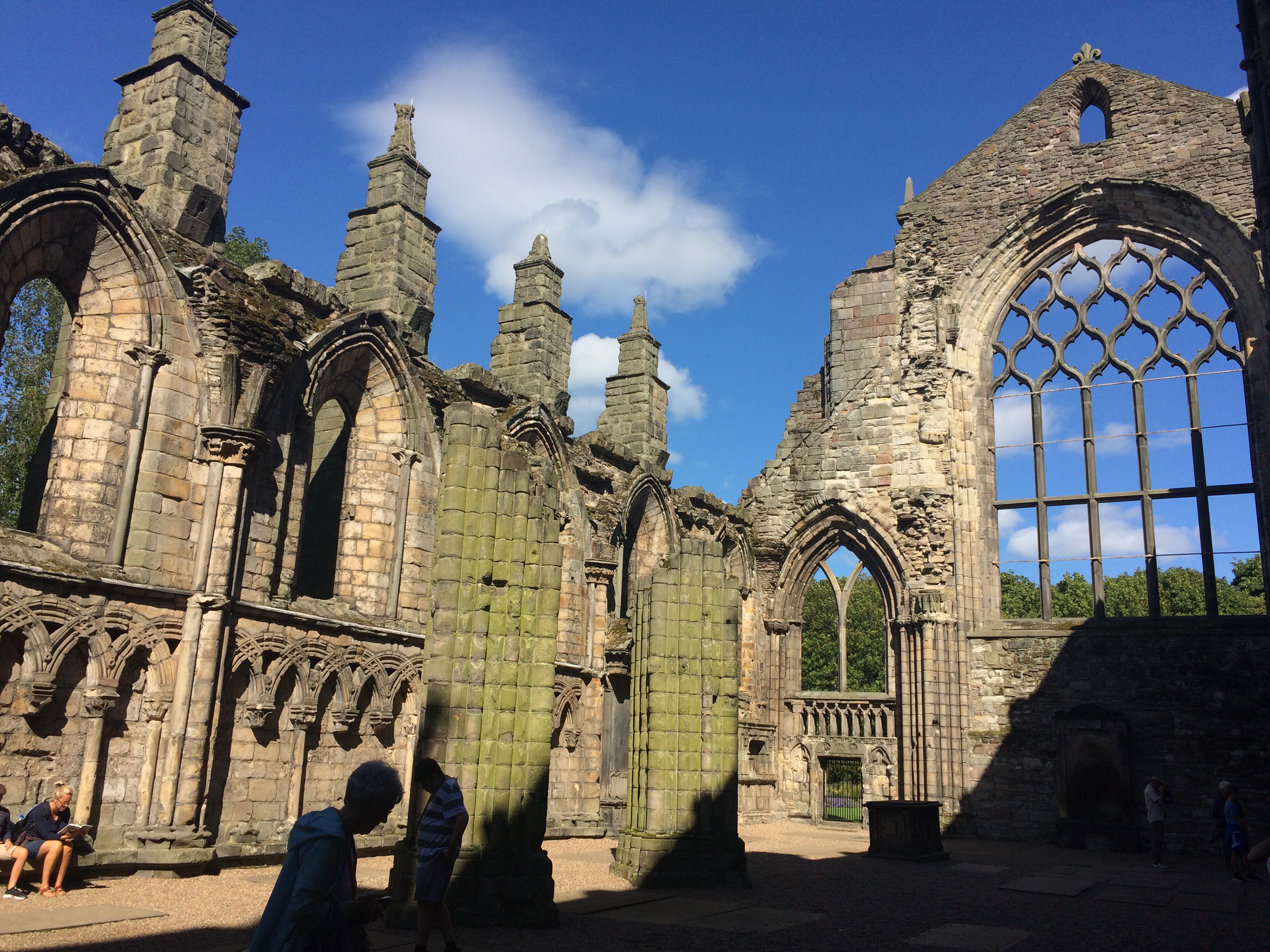 We also got to go to a really cool show of traditional dancing and music. Esther was completely mesmerized and was practicing news dance moves for days afterward. 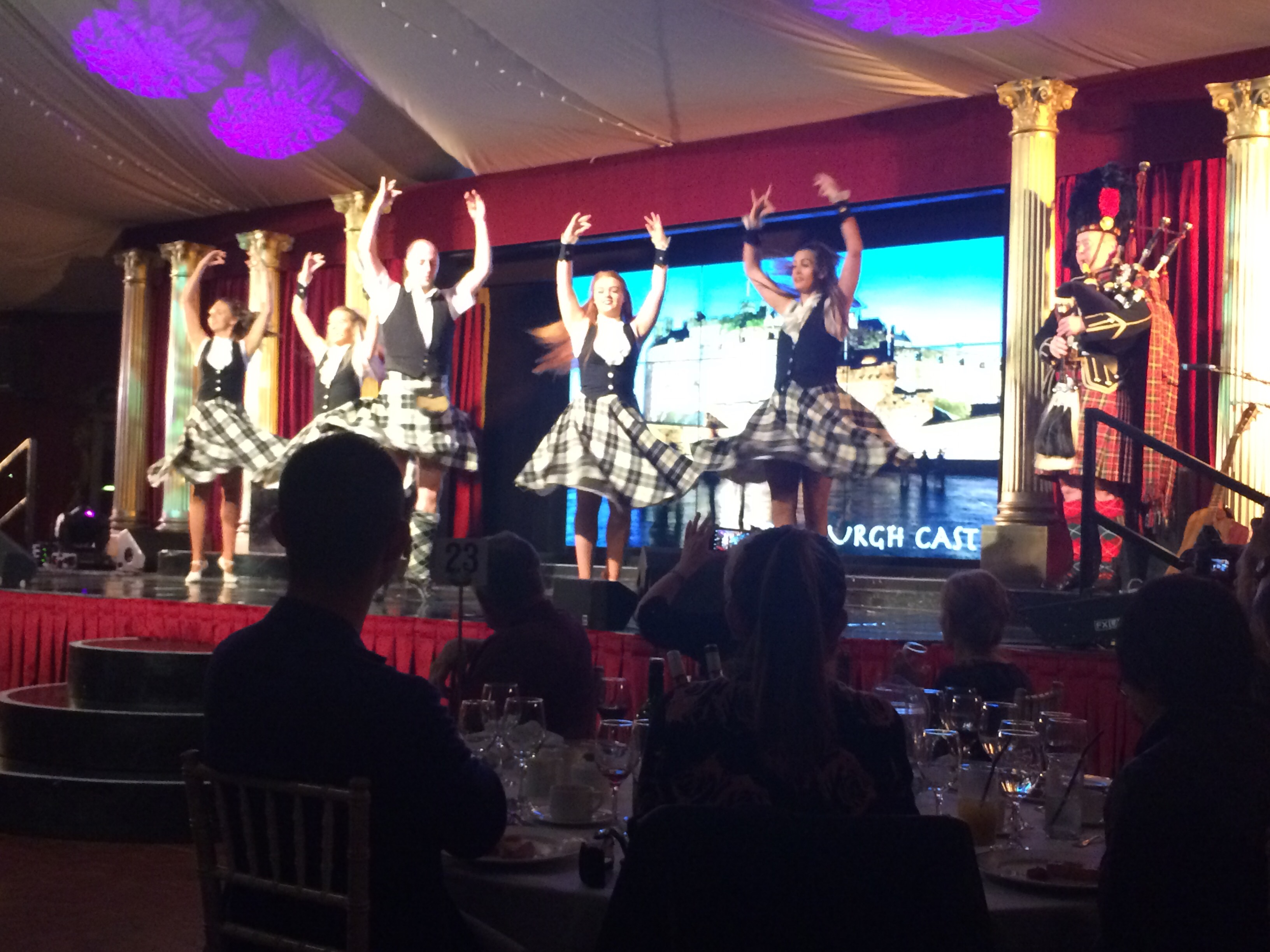 About halfway through our trip, we found out our visa renewal meeting had been moved and we would need to get back to Paris sooner than we thought. So we took the train down to London and spent a few days there  before coming back to France. Originally I wasn’t happy about having to change all of our plans, but it turned out to be so much fun. First off, traveling by train is so nice. You don’t have to get there early or go through security. And you can eat and play cards or walk around whenever you want. It’s so much nicer than flying. The train from Edinburgh takes about 4 hours to get to kings cross station in London. And every Harry Potter fan knows that’s the station to get to Hogwars. So we had to stop by platform 9 3/4. We were basically laughing at ourselves and each other the whole time. 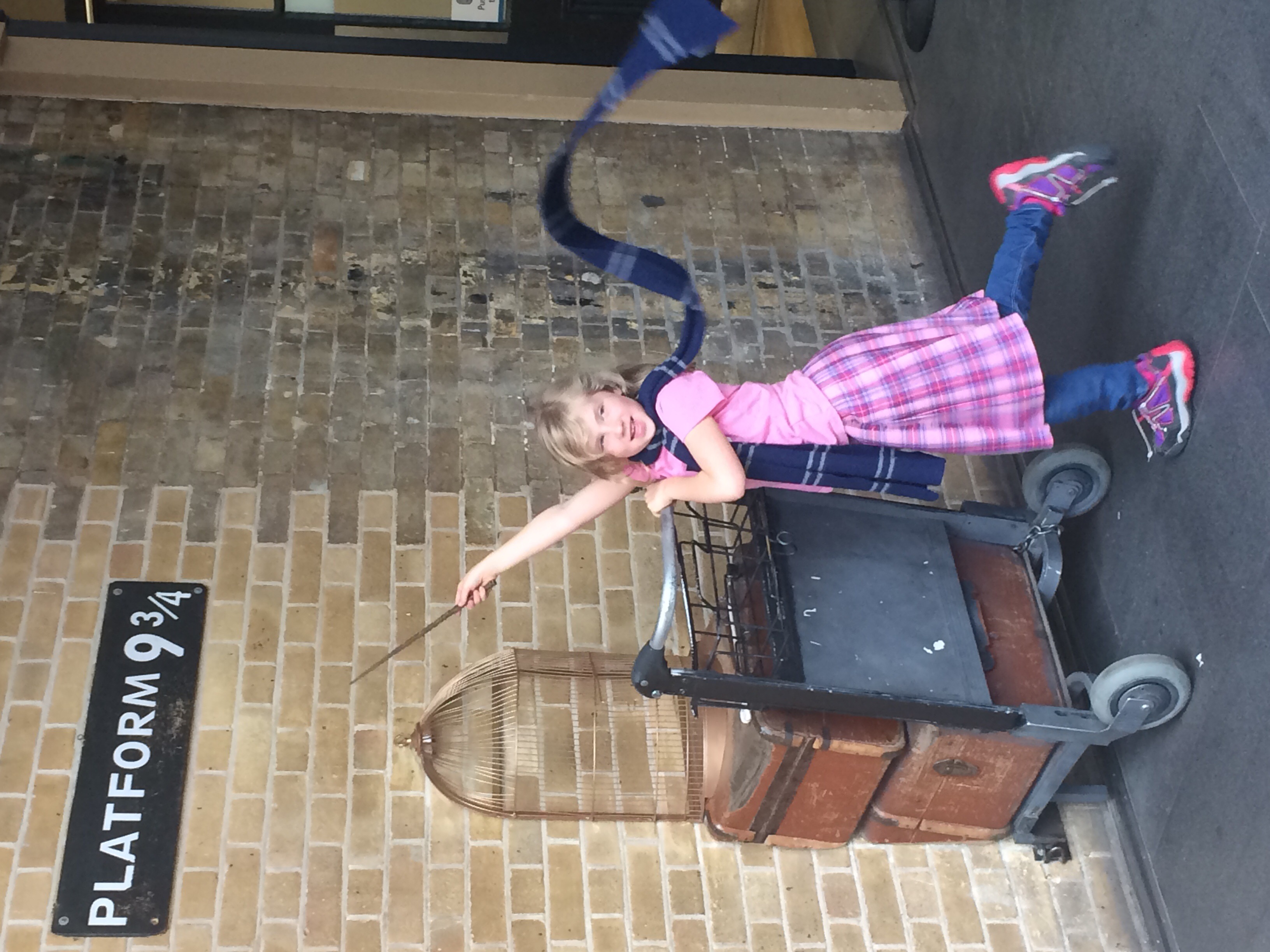 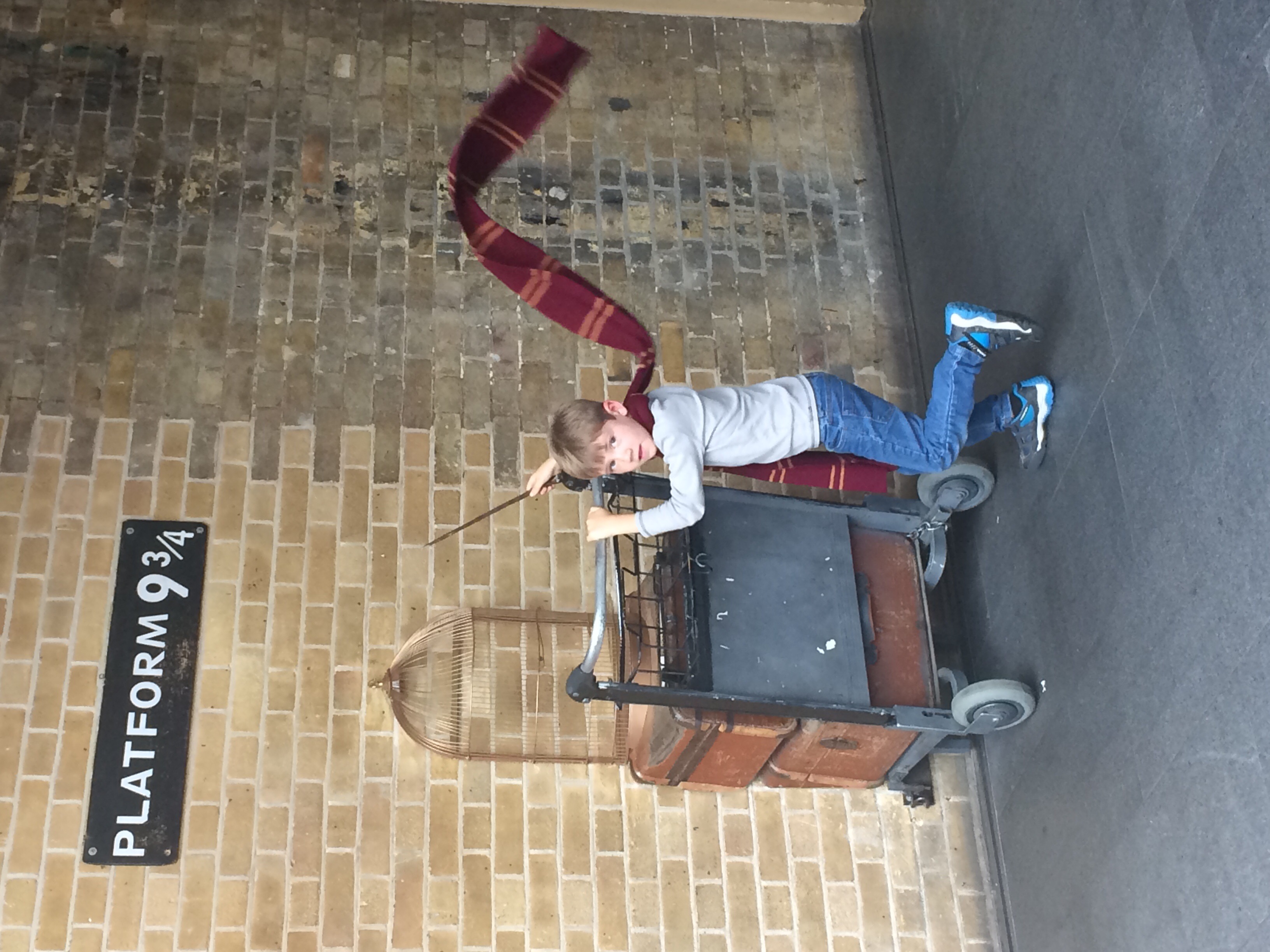 We also got to see the changing of the guard at Buckingham palace. I didn’t realize it would be so crowded. It was very cool.  And the people watching was equally impressive. 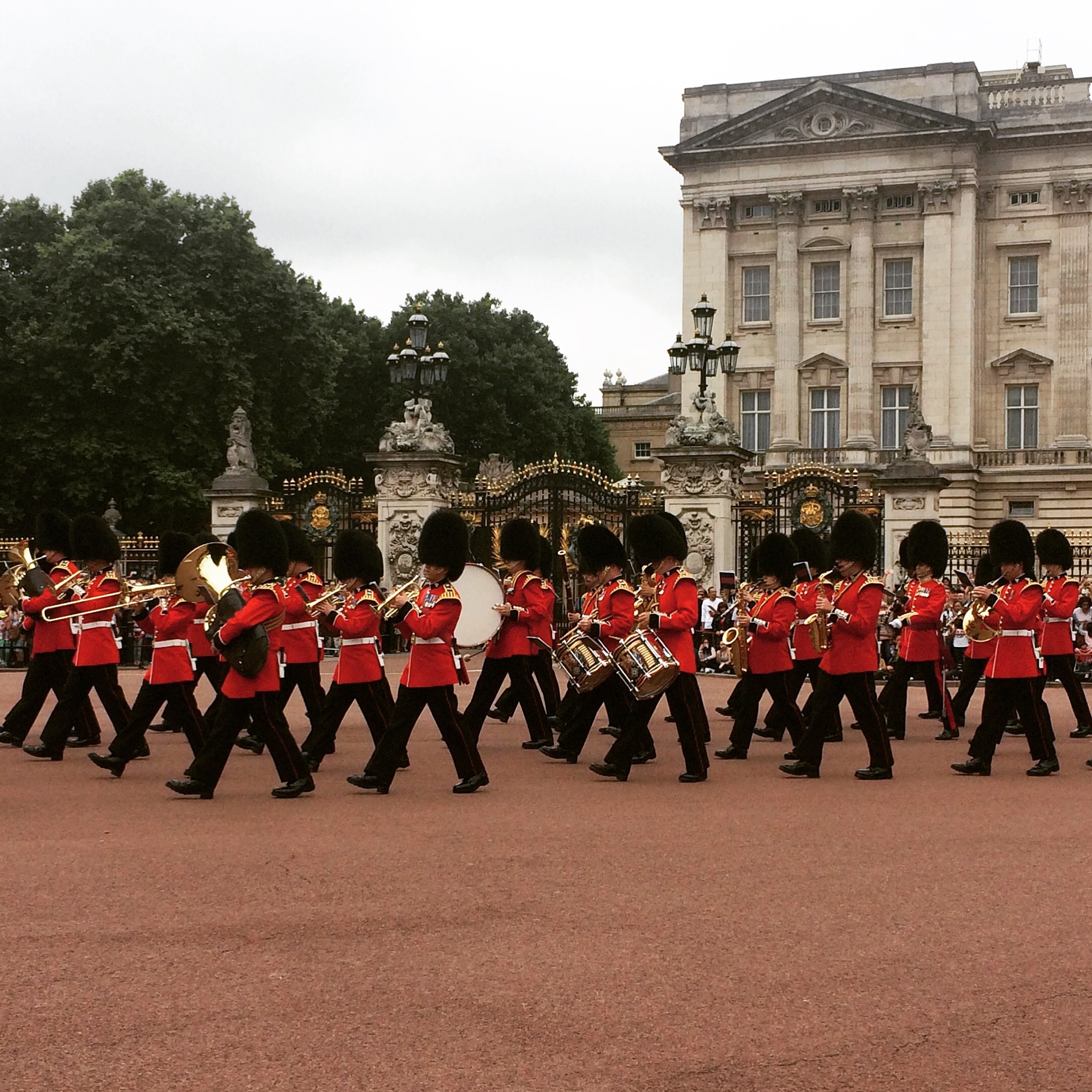 We also rode the eye of London and of course we explored every park and playground around. We were at St. Stephen’s pub when I saw my two favorite men mirroring each other. This may be my favorite photo of them ever. 🙂 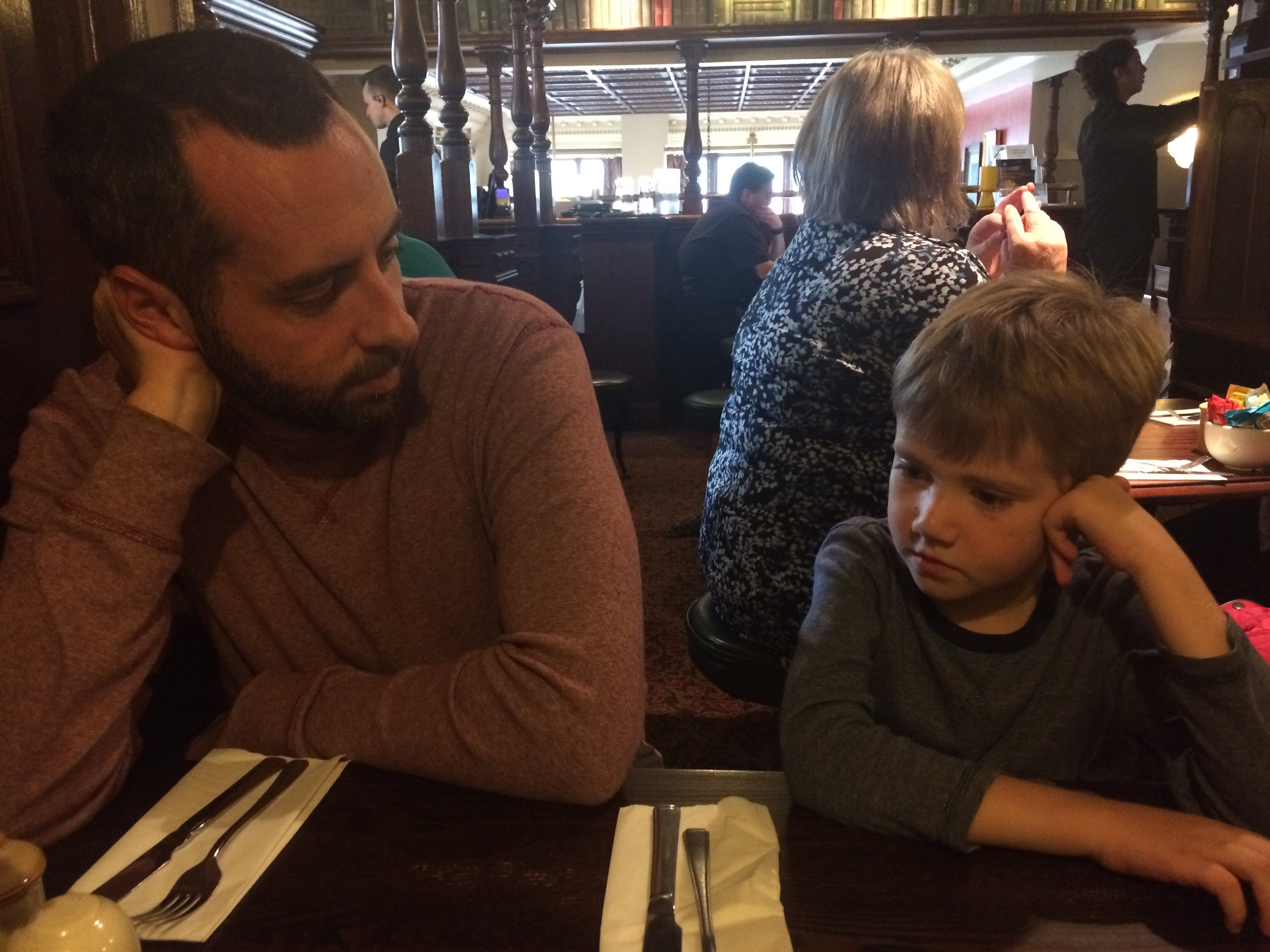 London is so big and has so much to offer that we really didn’t even put a dent in it while we were there. So, it’s on the list to go back!

And that was the end of a beautiful August. We hope y’all are doing well too! 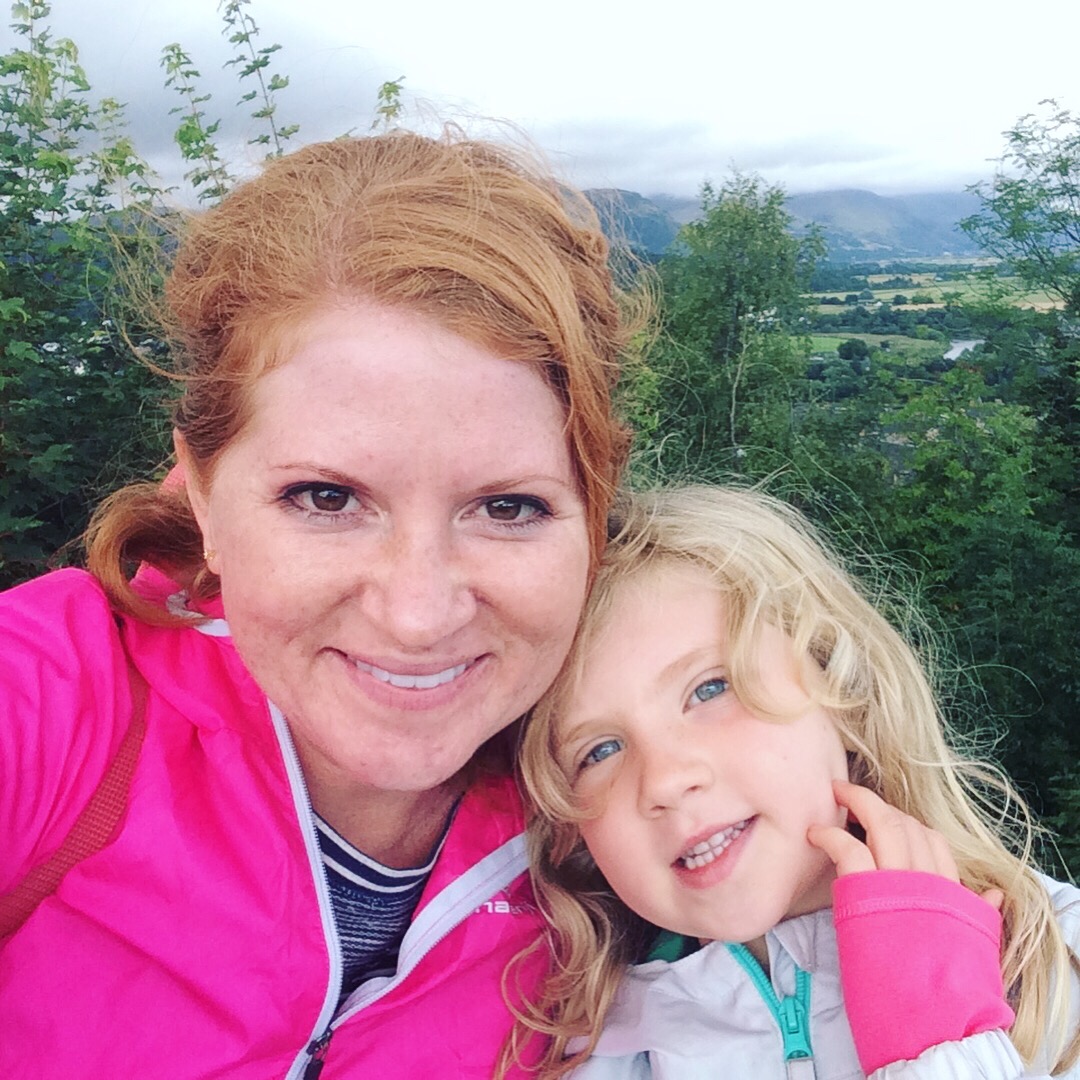