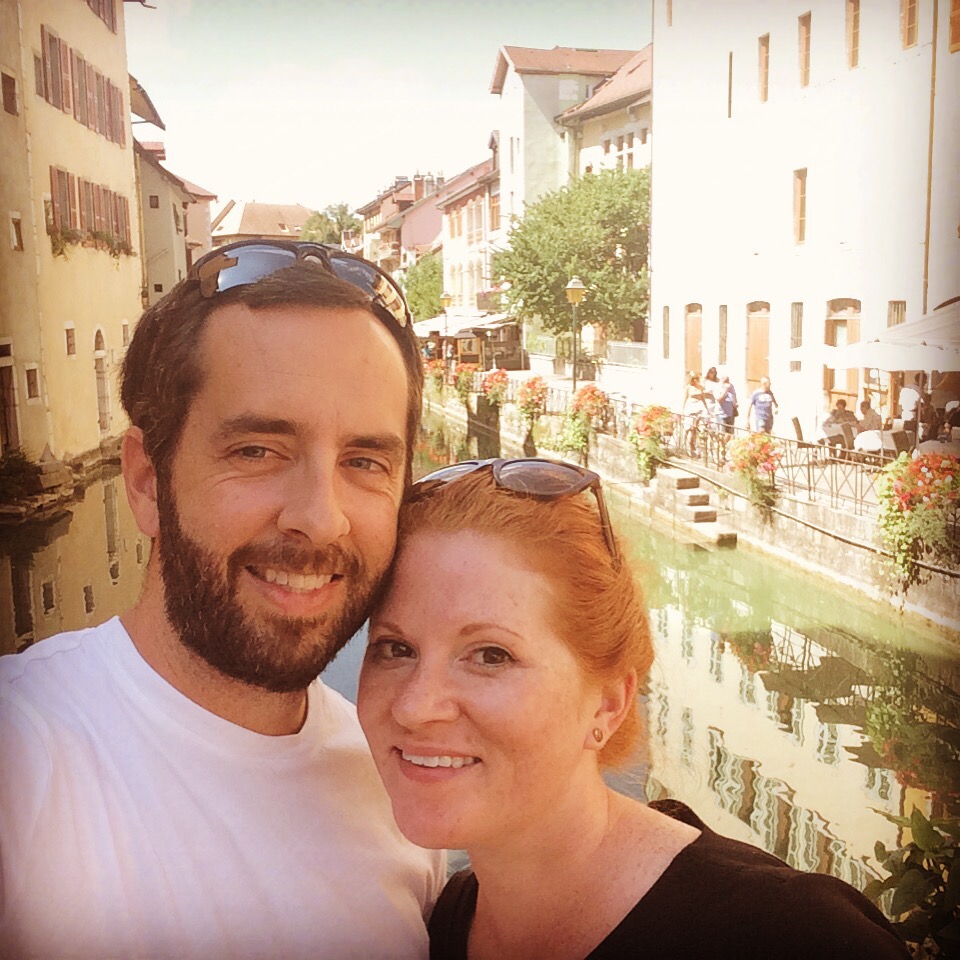 We arrived in France for our big move August 23, 2016. We flew into Geneva with 4 very full suitcases. We tried to be pretty minimalist with our wardrobes but we had a ton of toys and books for the kids. It seemed like a lot at the airport, but really 4 suitcases to hold everything 4 people own isn’t that much. We had a few trips to IKEA for kitchen items and mattresses and then we commenced to camping out in our new place. It took a few weeks to come up with furniture but we viewed it as all part of the adventure. We spent most of that first week down at our beautiful lake. I sound like a broken record but man, that lake is gorgeous. Even with dark clouds rolling in! 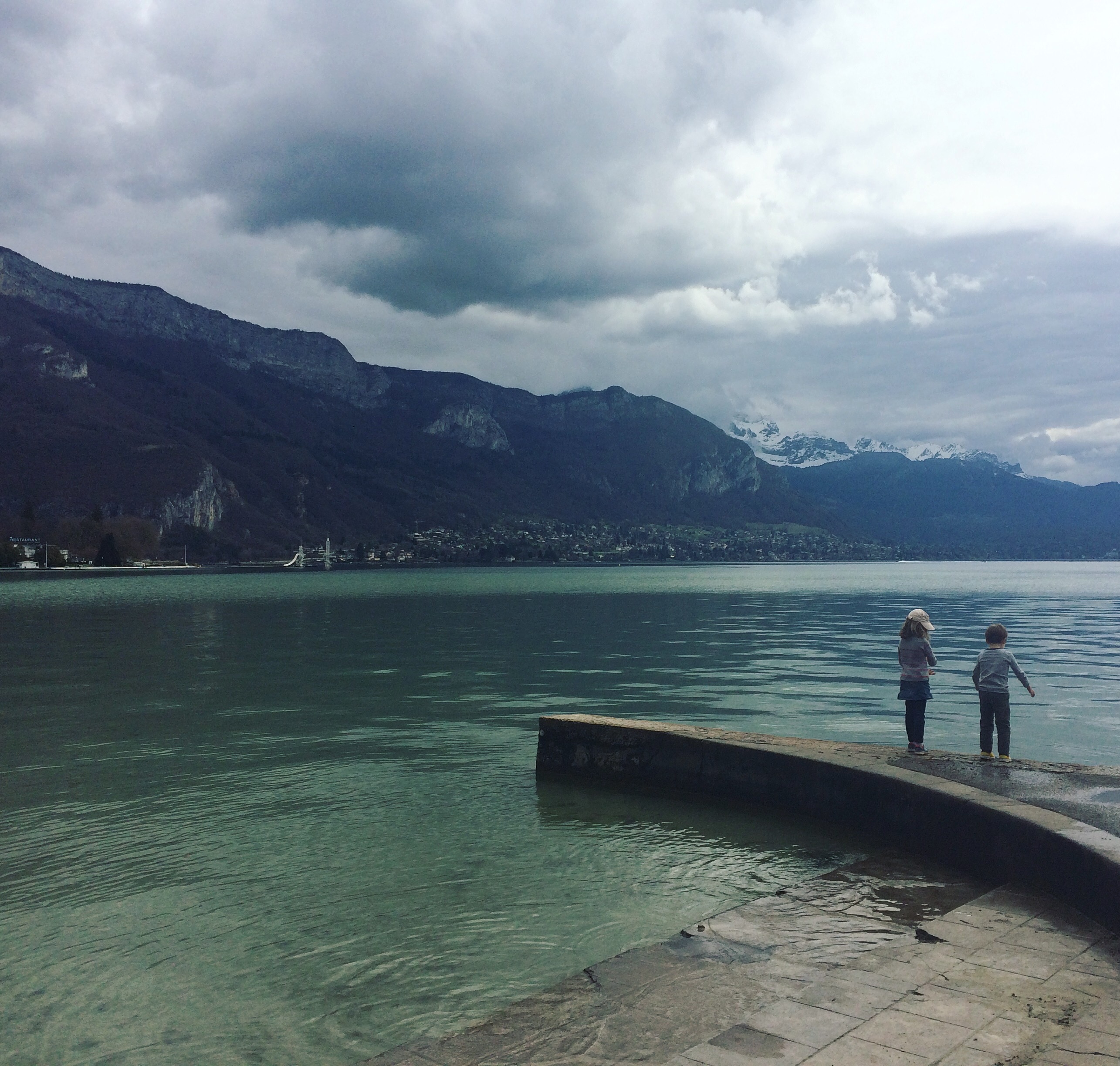 A week after our arrival, the kids started school. We were excited and nervous. The school is a 15 minute walk from our house and we pass a dairy farm on the way.  The cows graze on pastures throughout the village and walk through the streets down to the barn when it’s time to get milked. 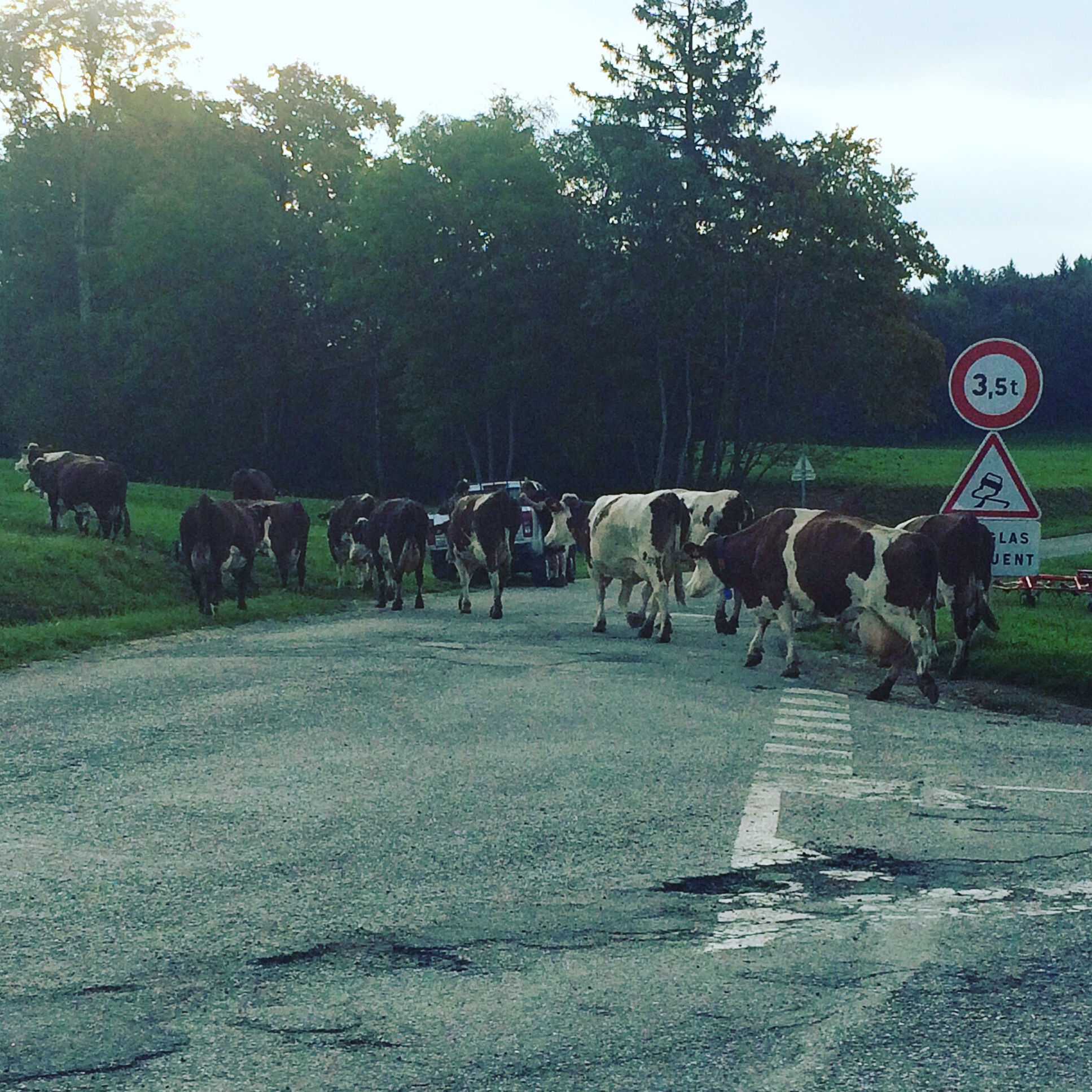 The French have a reputation for being aloof and unwelcoming. I don’t know what that reputation is based on. We have never felt so welcome in our lives. After the first day of school, while I was waiting to pick up the kids, a group of women approached me who had noticed me that morning. They introduced themselves and asked if I’d like for them to teach me French. We arranged to meet every week for tea and conversation. In addition we started getting together for walks and dinners. I also joined a hiking group filled with great people.  In absolutely zero time, our family had friends! 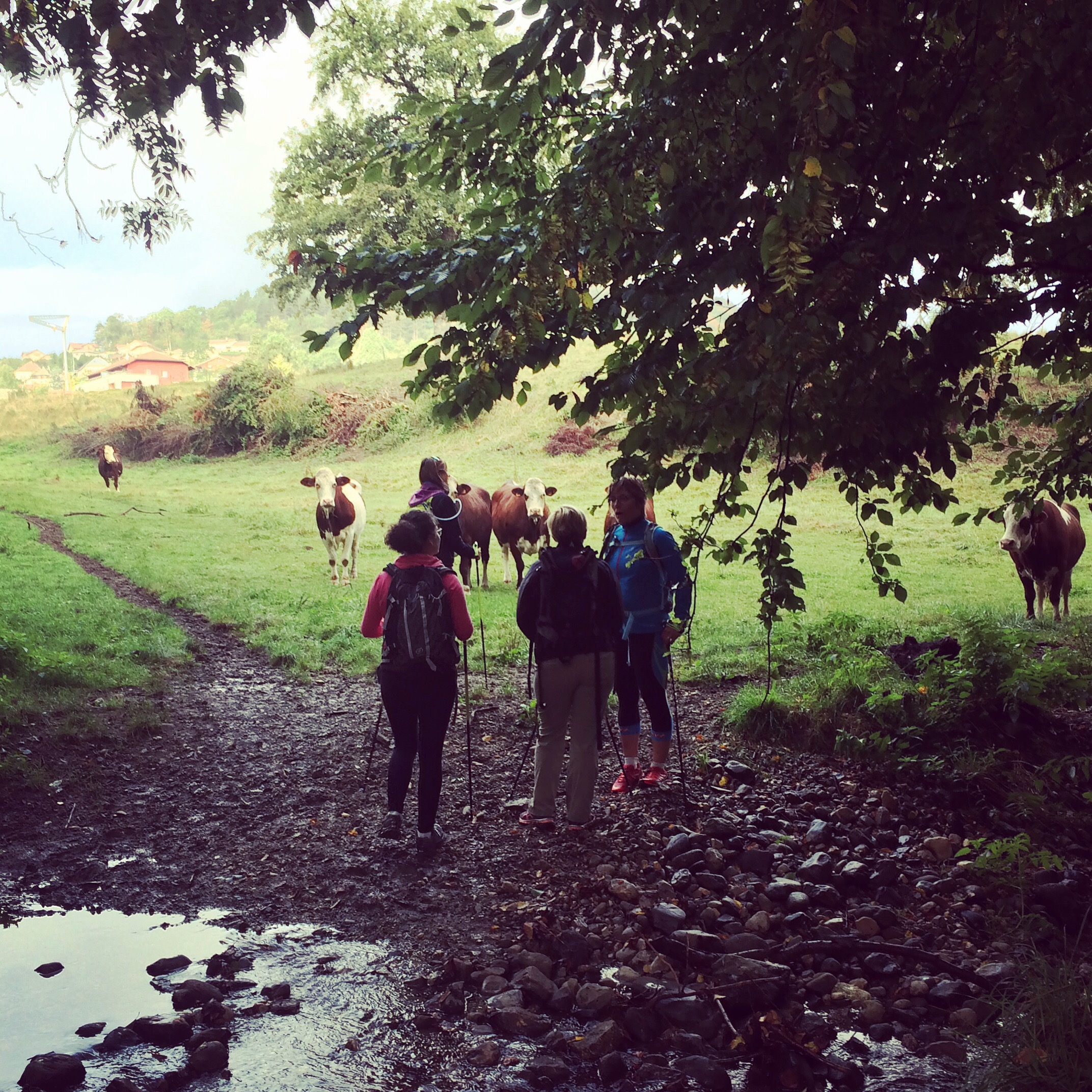 The first week of school was a little difficult for Esther. She was used to being one of the smartest in her class and now she didn’t understand anything. Fortunately French started to come easily to her and by the end of the month she had to change desks because she was talking too much with another little girl, ha! 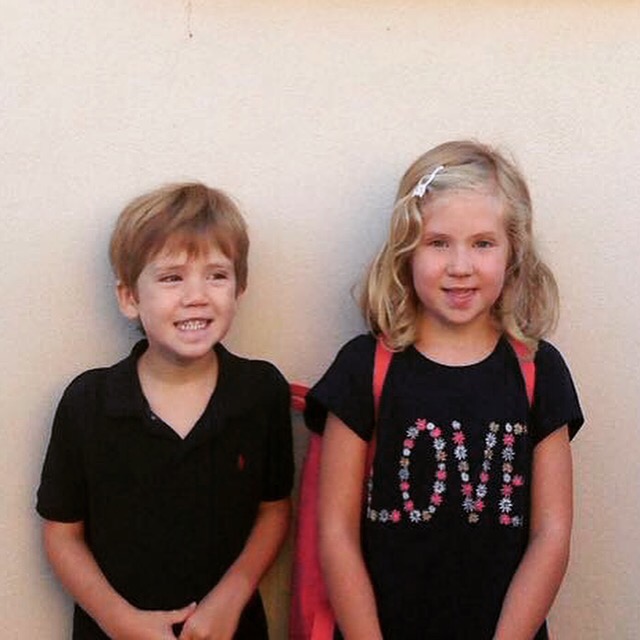 The school system here is amazing. A lot is not what we were used to but we’ve loved it. For one thing, the kids wear slippers at school. I knew no one wore shoes in the house here but I was surprised that they don’t wear them at school either. It’s very cute to see them all come into school in the mornings and hang up their jackets, take off their shoes and put on slippers.

Also, lunch is serious business. The 2 hour lunch break France is known for applies to kids too. And they don’t eat the nasty stuff I had growing up. They are served in courses starting with a salad, usually carrot, cucumber or tomato. Then they have their main dish, typically a meat and vegetable or a pasta or rice dish. They’ve also been served raclette, muscles, tartiflette, etc. Next they have a cheese course. It’s different everyday but often it’s a creamy goat cheese spread on a slice of baguette. Finally they have dessert. It could be anything from chocolate mousse to sliced kiwi. I would love to go back in time and enroll at their school. I’ve been lucky to get to go on several field trips with them. I’ll share those later as this post is getting a little long.

Well, I think that about wraps up our first month in France. If anyone is reading, sorry it took me so long to update!