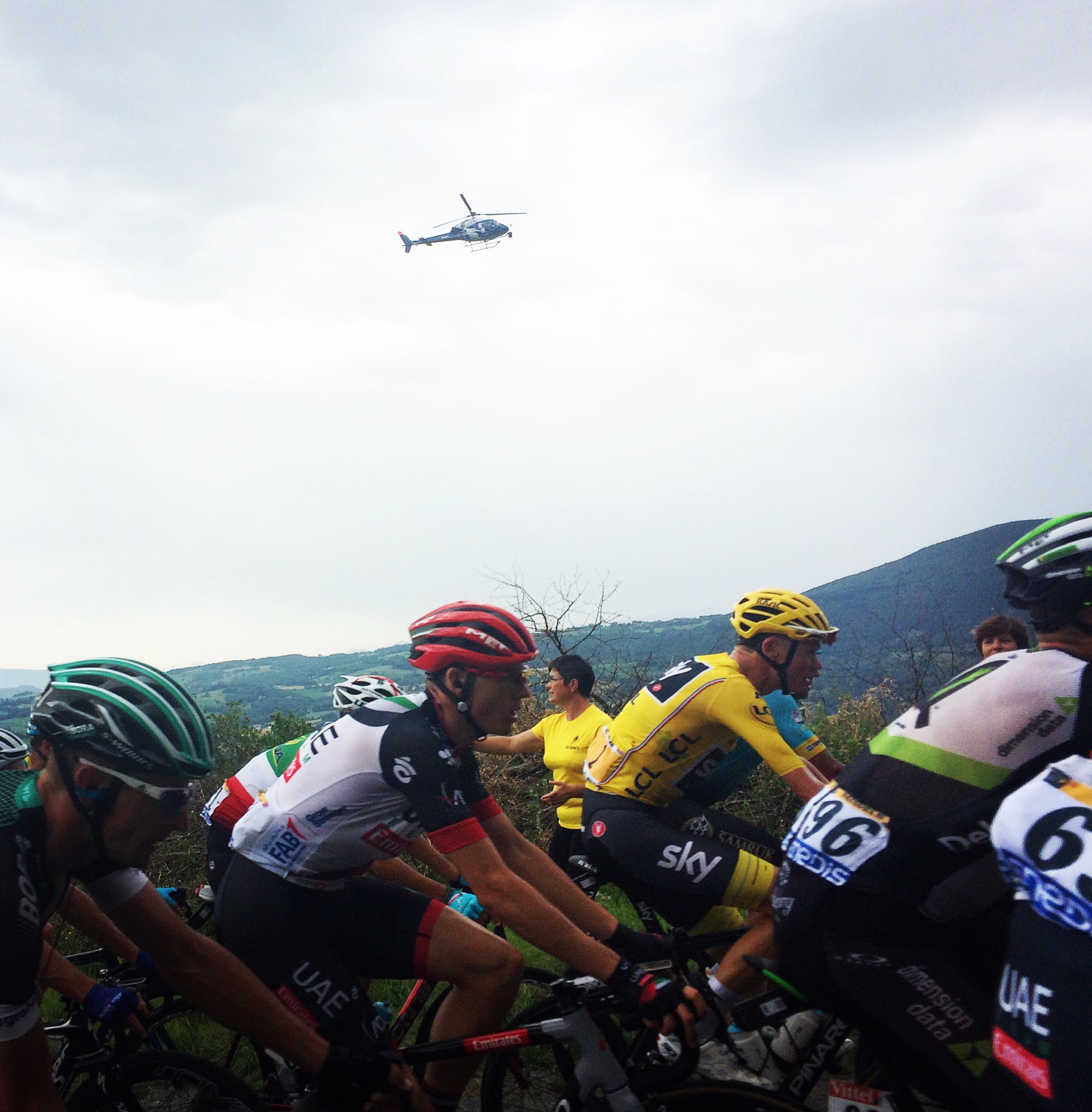 Vive le Tour! Y’all we had the best time watching the tour, but full disclosure, it’s not easy to do! We knew we wanted to go see the riders  while they were racing about an hour from our house. Since they close the roads the night before the race, the only way to see them is to camp out on the side of the road… in the rain, as it turned out. But I’m sort of only joking. Nothing could put a damper (pun intended) on the fun we had.
This was also the first time we ever took the kids camping. We totally didn’t know what we were doing, but it all worked out. Basically all the actual campsites were booked up a long time ago, so we winged it and just looked for an empty lot. We found one with one rv parked in it and set up for the adventure. 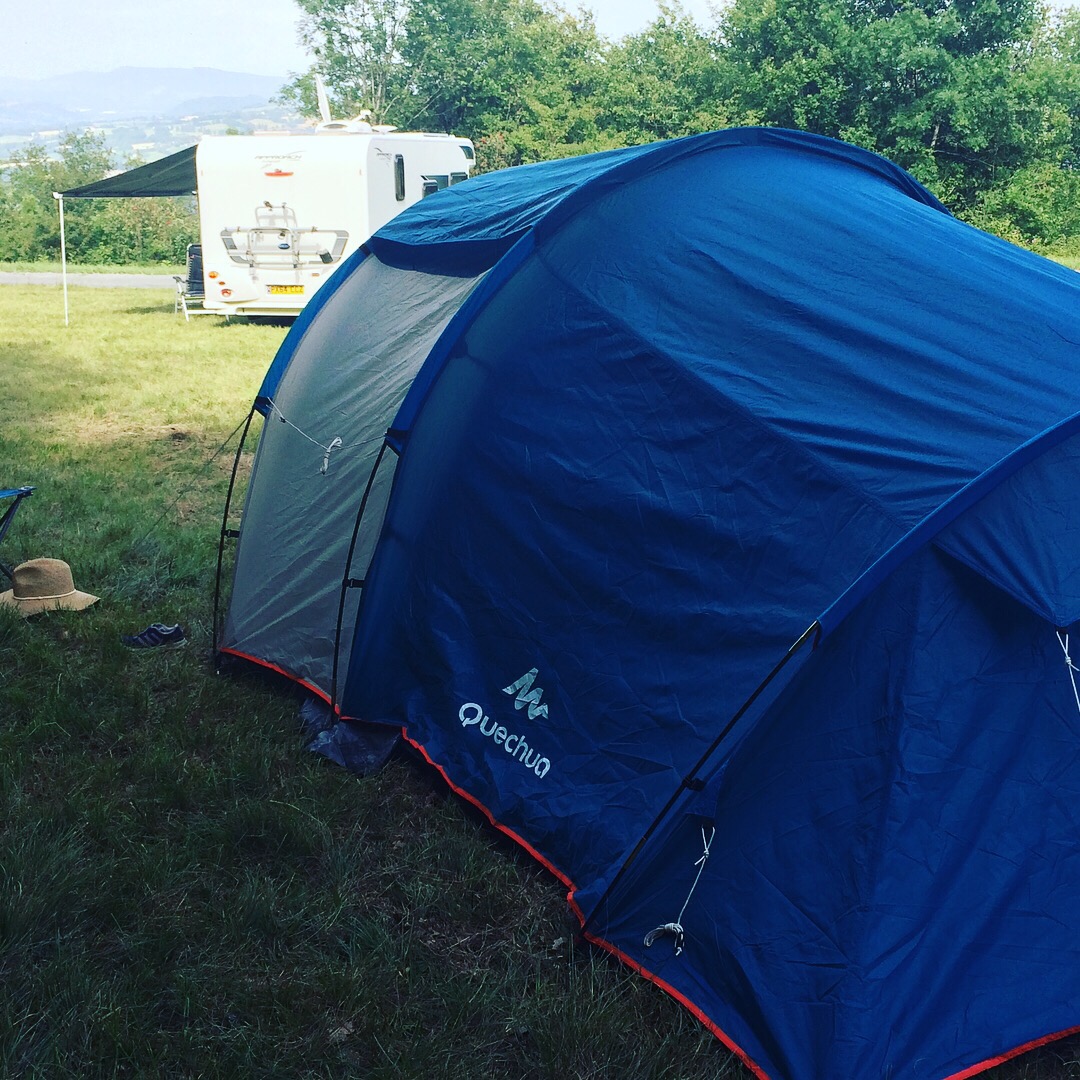 By that evening, the entire lot was packed with rvs and tents. A local charity set up a BBQ too so we had really good food and wine. It was an awesome first camping experience. 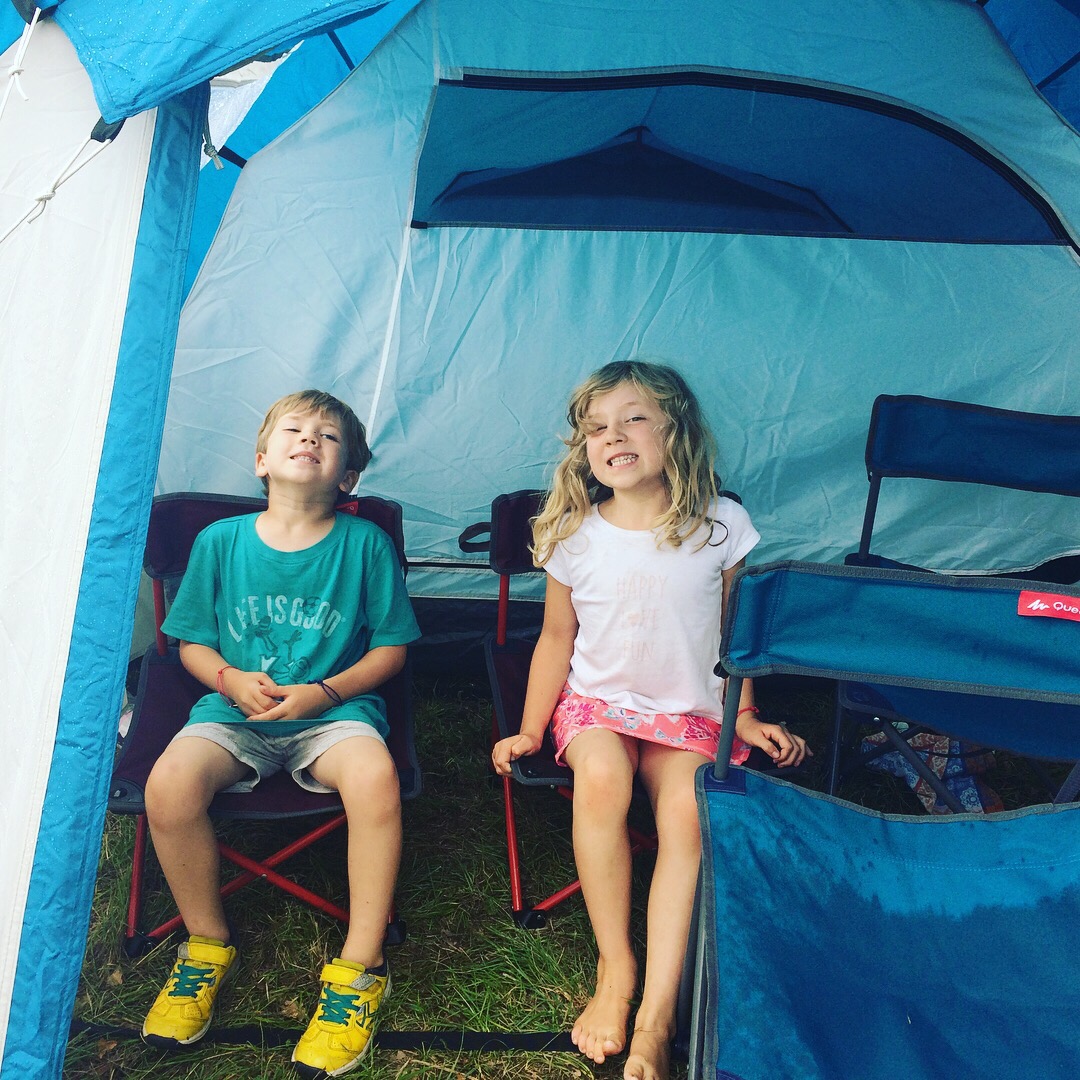 The next morning, a bakery delivered fresh baguettes. Have I mentioned that we love France? It rained in the middle of the night but we all stayed dry and the next day was beautiful.

The sponsor caravan came through about 45 minutes before the riders. It was like Mardi Gras. The kids got more junk than we know what to do with. We caught 12 hats! While we waited for the riders, the kids made signs to cheer them on. Of course they wrote in French and English. 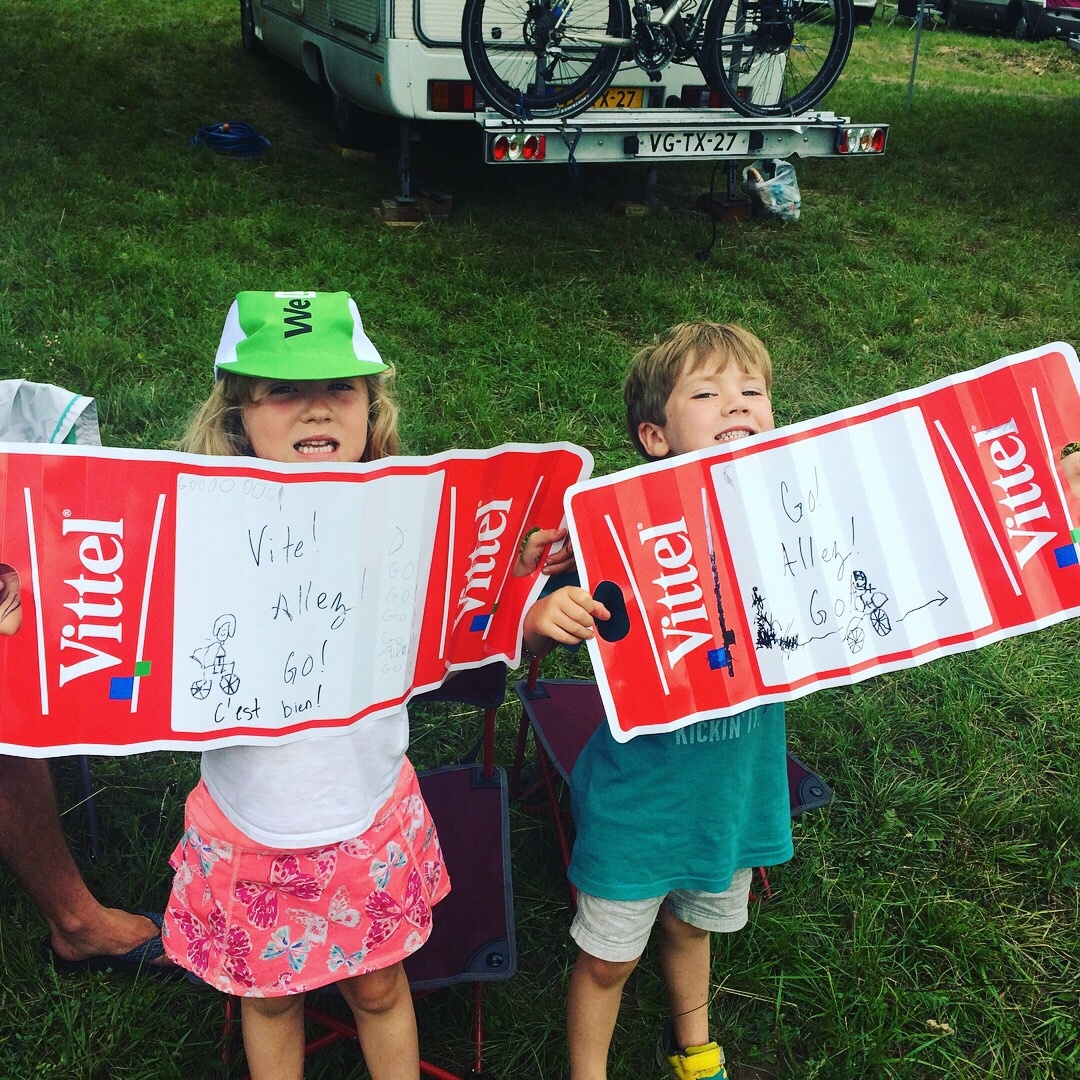 I realized we’ve taken them to too many marathons to cheer on their amateur parents when Esther started cheering, “you can do it!”

Everyone was super excited when the first riders appeared. We knew they were coming because they had 6 helicopters hovering over top! 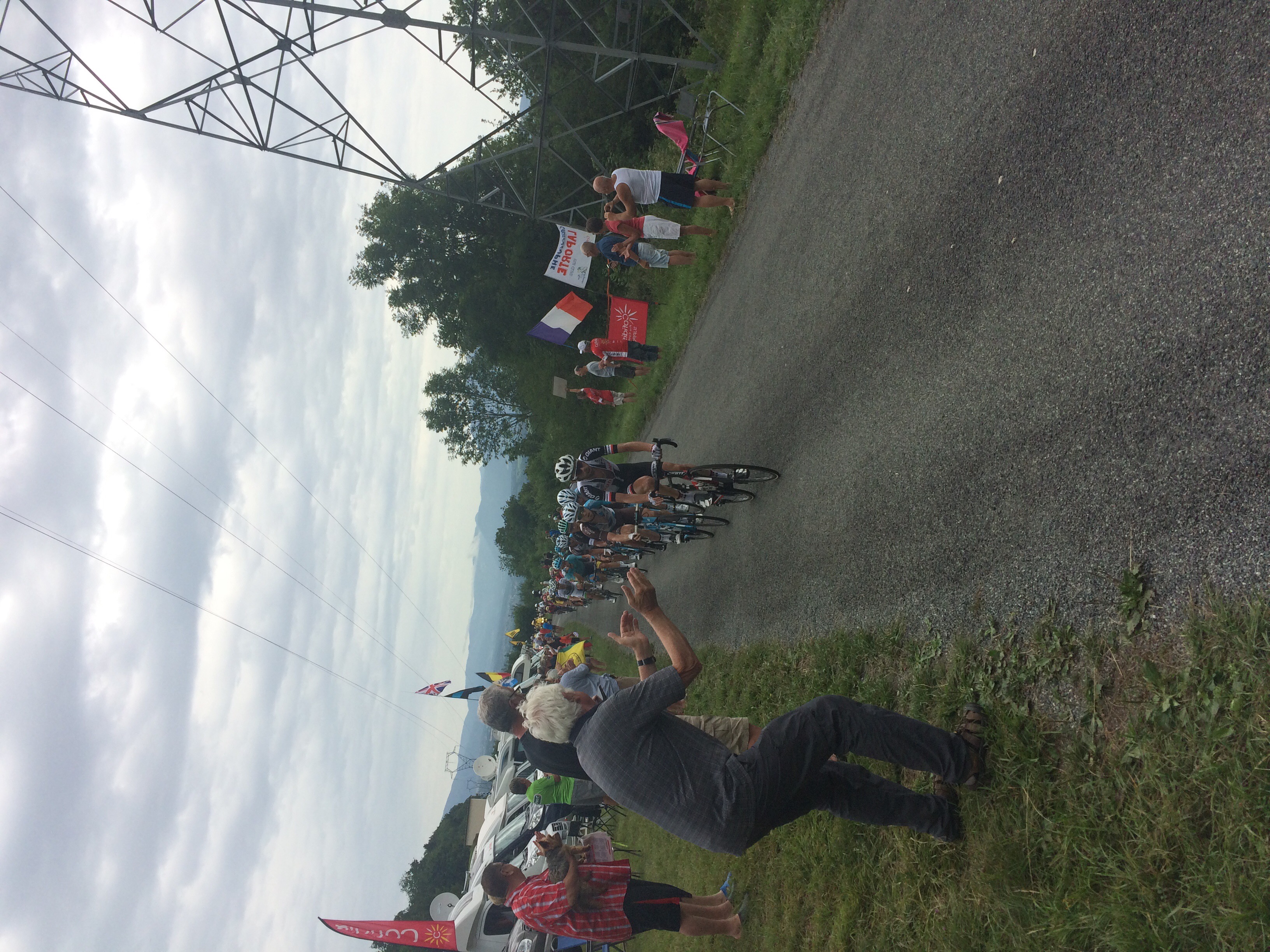 After the race, we were all inspired to start riding more. In fact, a couple days later, Caleb took off his training wheels! 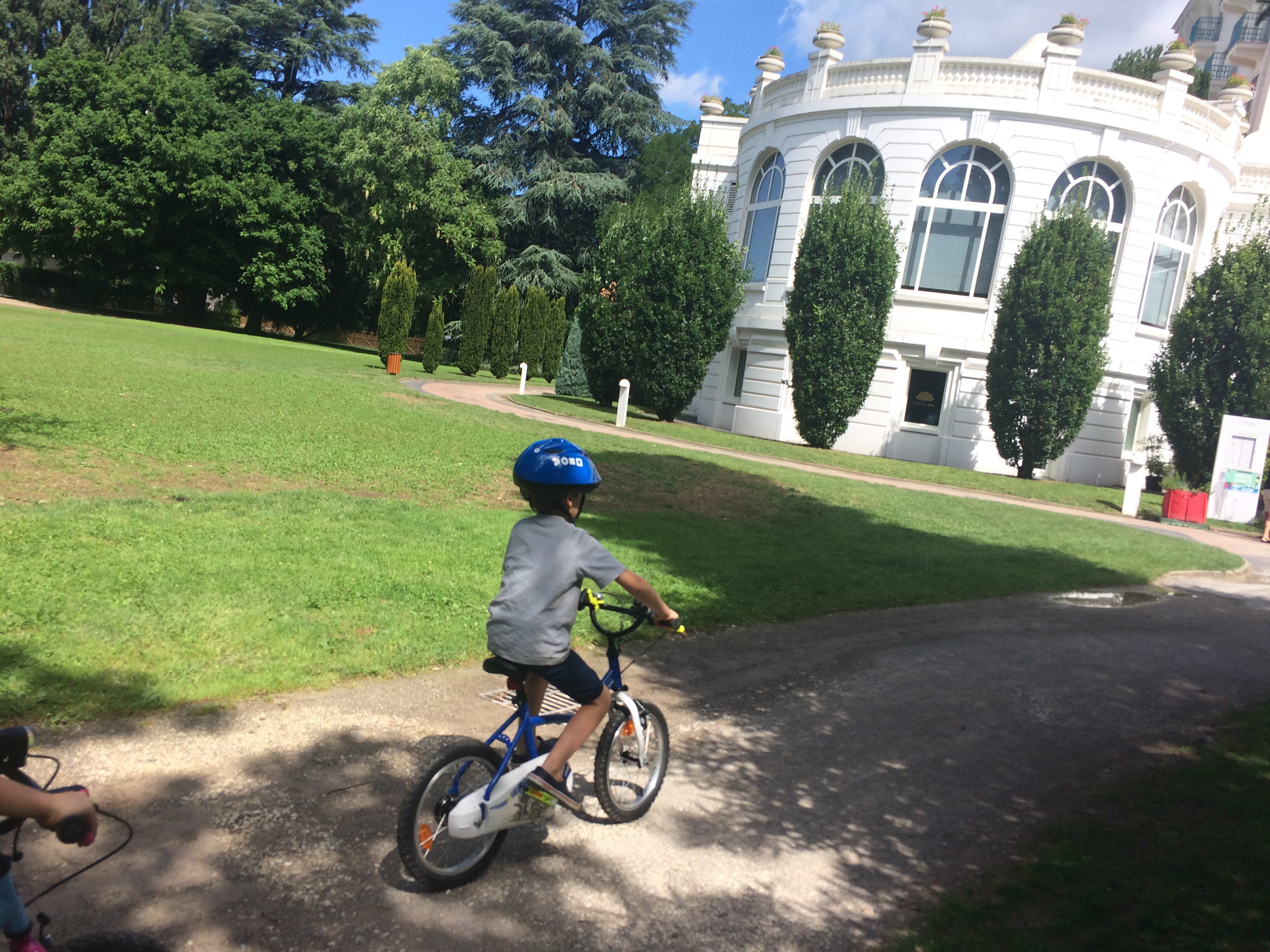 It’s amazing. He took to it immediately and a week later with riding almost everyday, he still hasn’t had his first fall. We are all very proud of him. 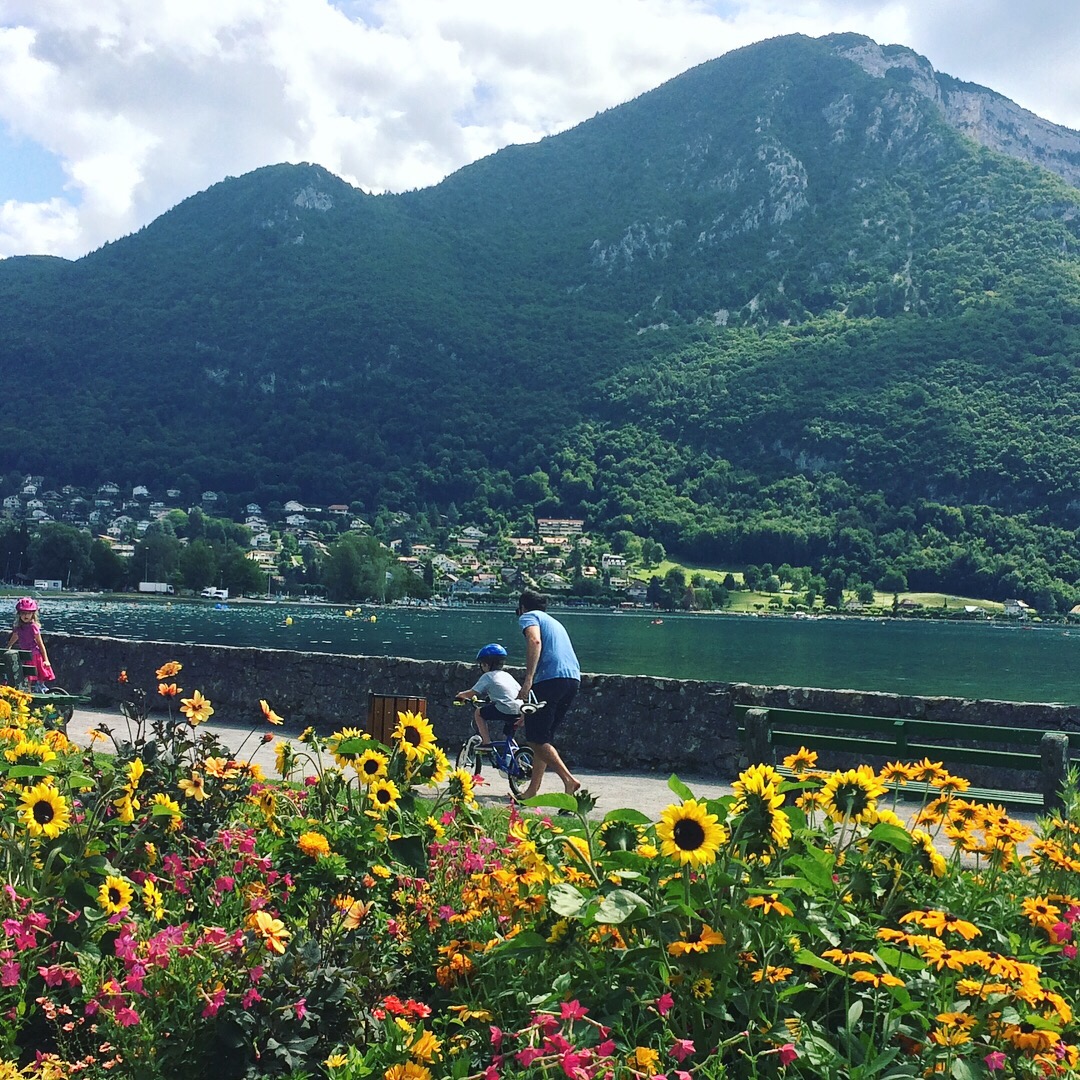 And yes, he had a beautiful place to learn.

Later that week, we celebrated Bastille day. The small villages have fireworks the night before so we actually celebrated twice. The first night, we went with friends to the next town over. It was really nice with a little carnival. Kid’s rides, games, a live band, etc. 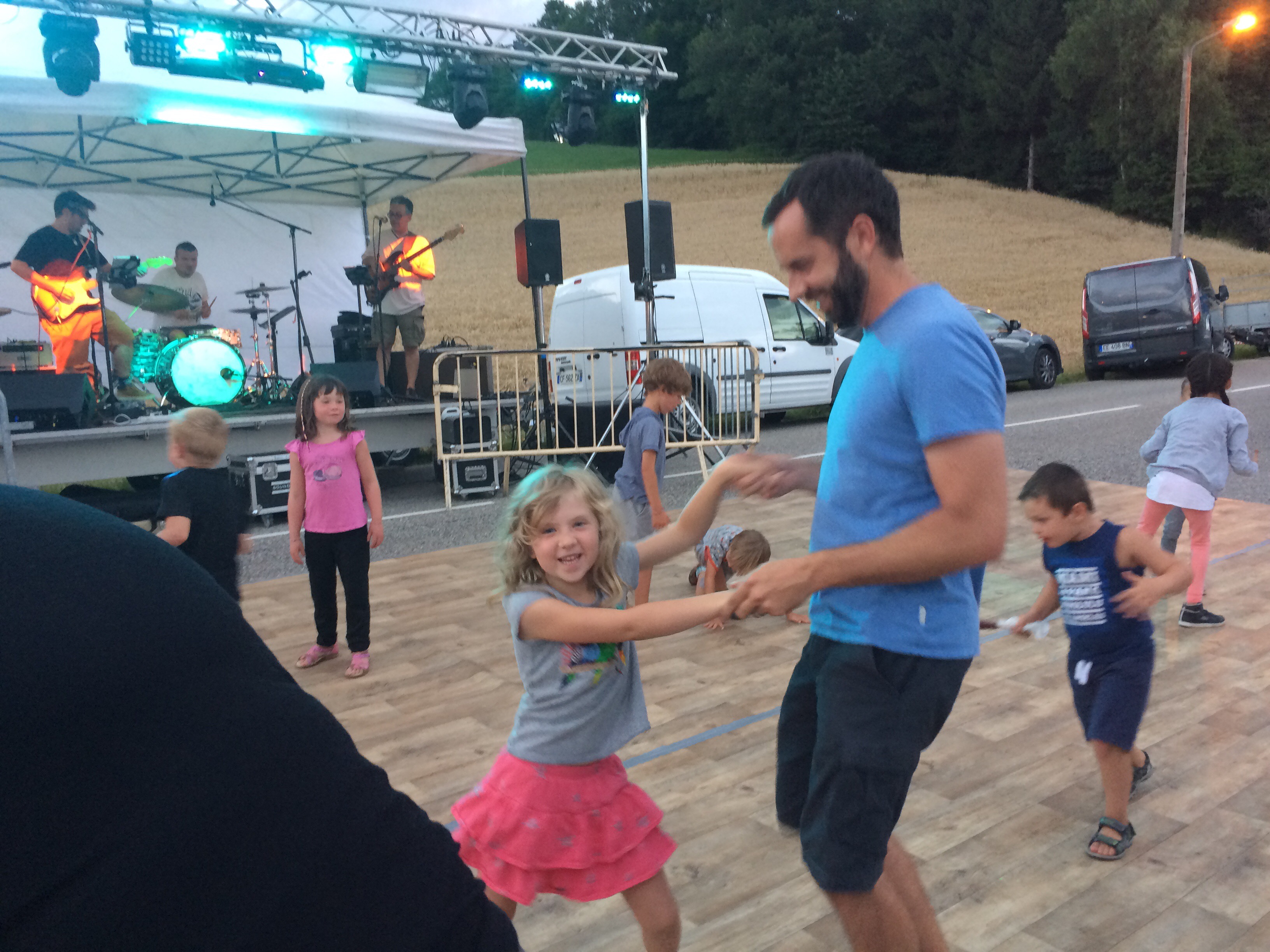 The next night, we went into Annecy with fiends for the big event. The traffic was really bad so we had to get there 5 hours early. No problem though, we had a great picnic and perfect weather for swimming in the lake. 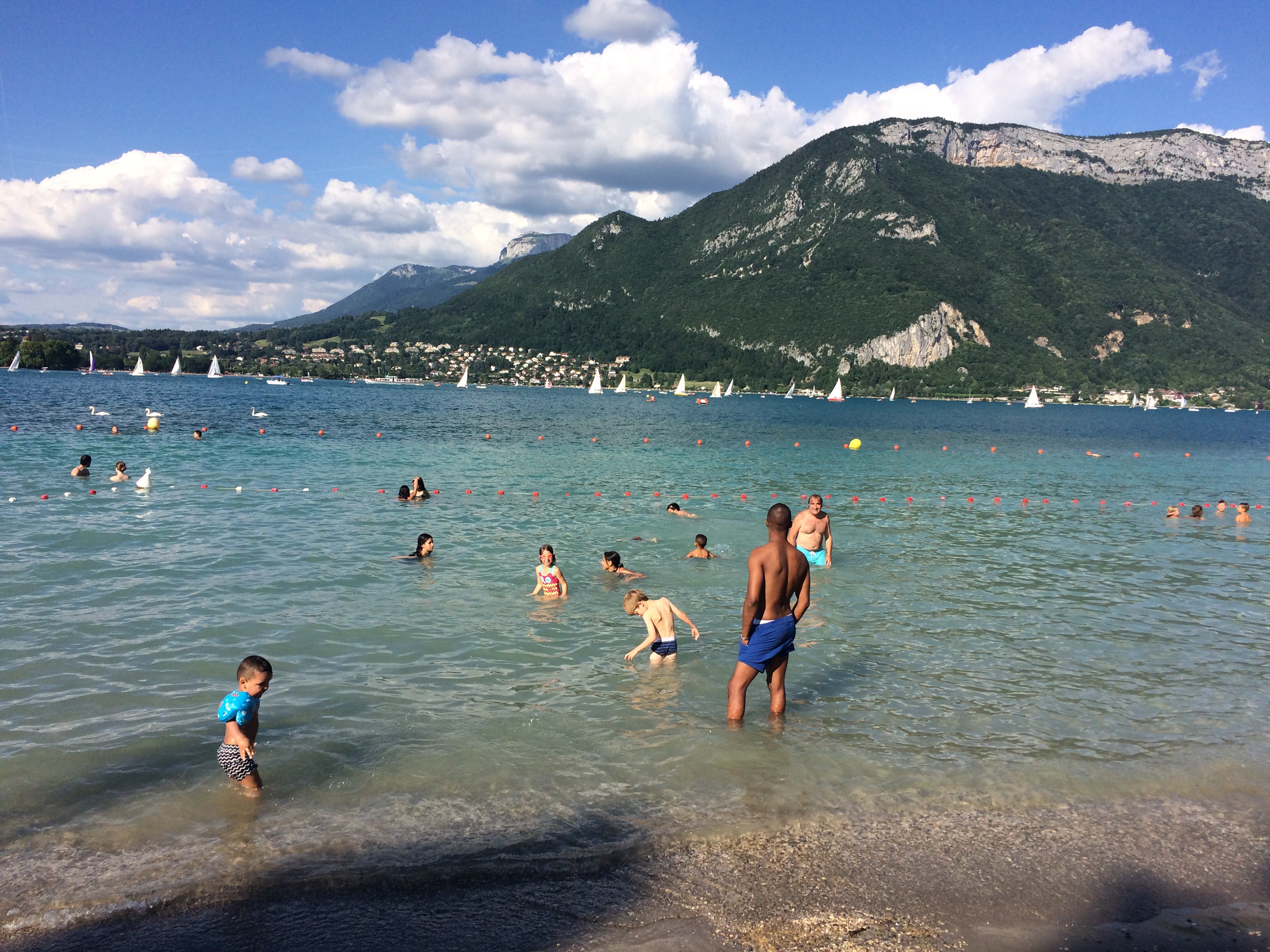 Afterwards, we met a new friend who lives in town and went to her apartment. I wish I had been rude and taken pictures because it was totally my dream home. Just perfect, with the best views.

And, no big surprise, the night ended with fireworks. 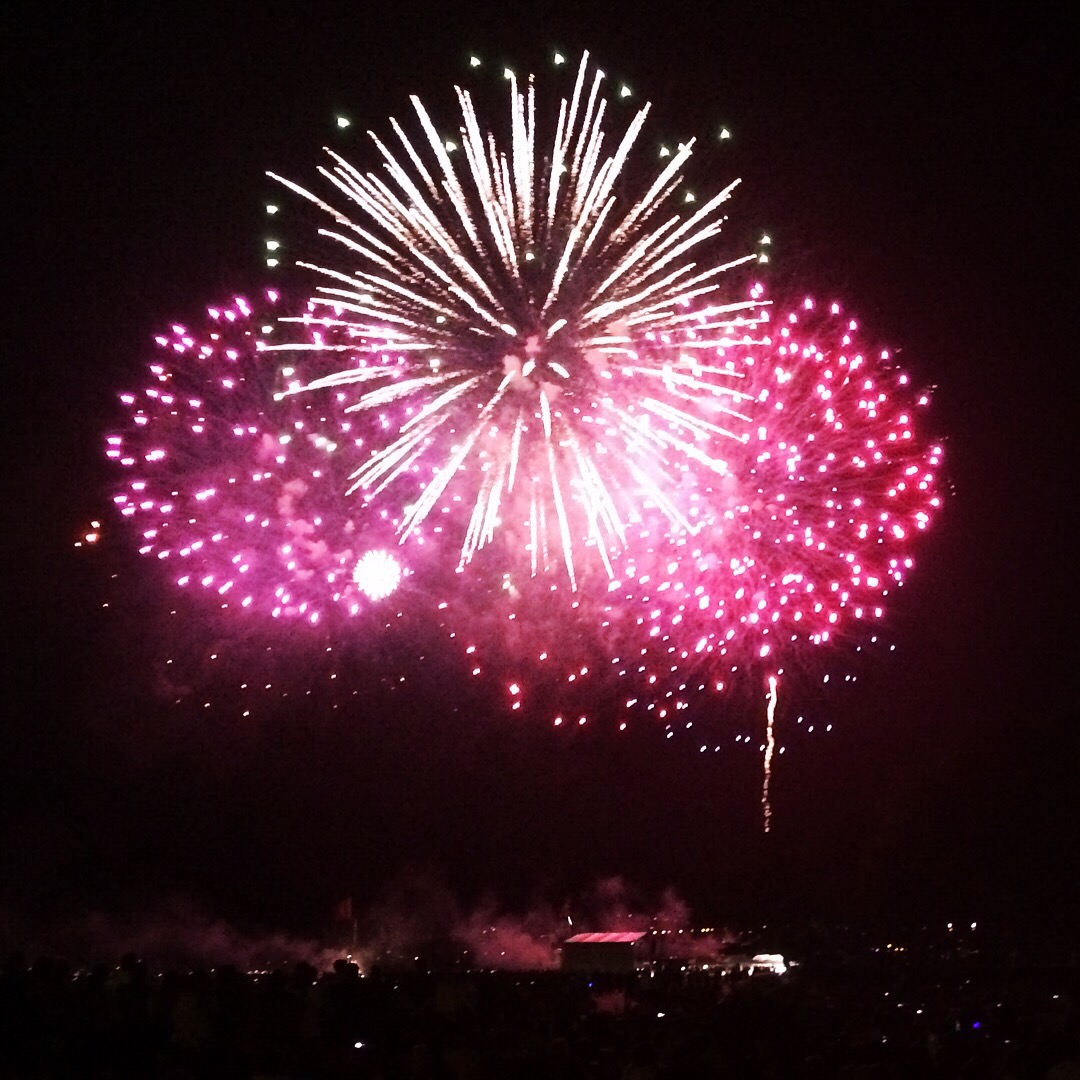 So the first 2 weeks in July were fantastic. The energy is a little different here now that it’s tourism season. There’s more traffic and the stores are running out of things sometimes but it’s all good. Speaking of tourism, we are about to embark on some ourselves. Tomorrow morning we’re off to Ireland to meet my mom! We’re all super excited and can’t wait to hang out and explore!