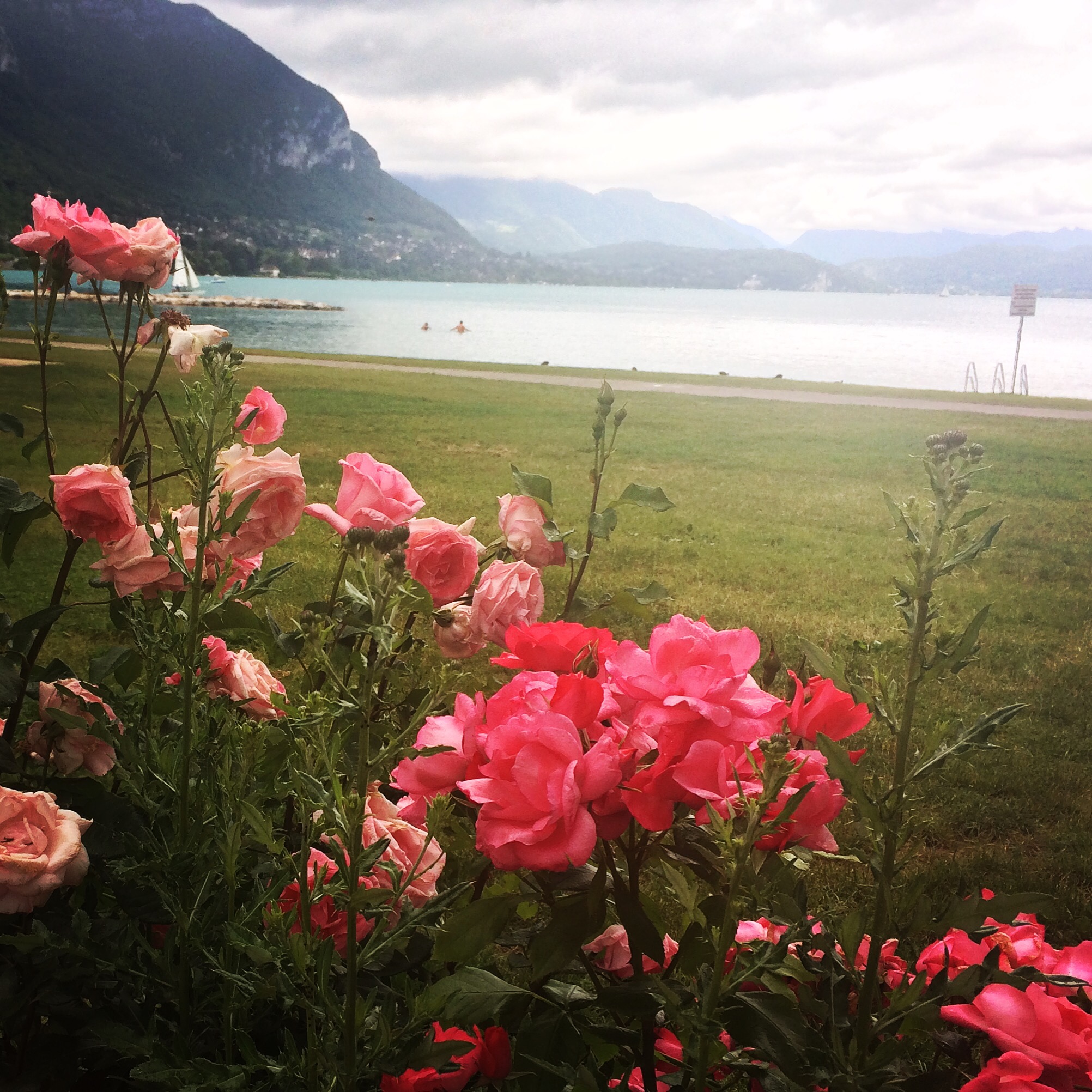 Hello, friends! I hope y’all are doing well. I know a lot of people in the U.S. started their summer vacations a while back, but in France school doesn’t get out until July 7. They do get 4 two weeks breaks throughout the school year though so I guess it all evens out. And I’m certainly not complaining. I think 7 weeks off in the summer is plenty. Otherwise they’re bored. At least mine would be.

At the beginning of June, we took the kids to a renaissance festival. I’m pretty sure we were the only people in our village who had not volunteered to work there so next year we’ll be more prepared and have legit costumes. Caleb continued his tradition of finding the scariest guy to pose with. 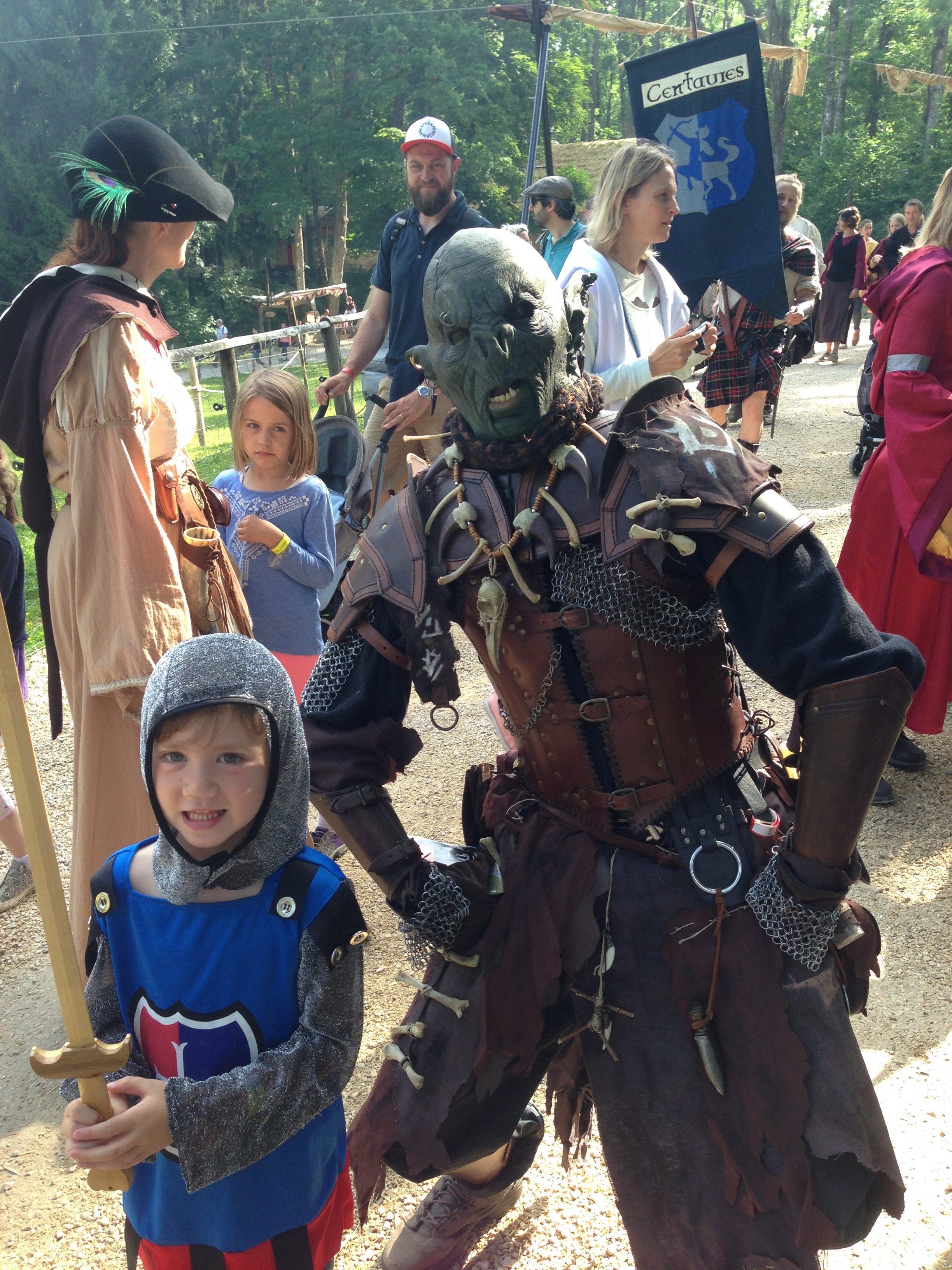 And Esther met a real fairy! 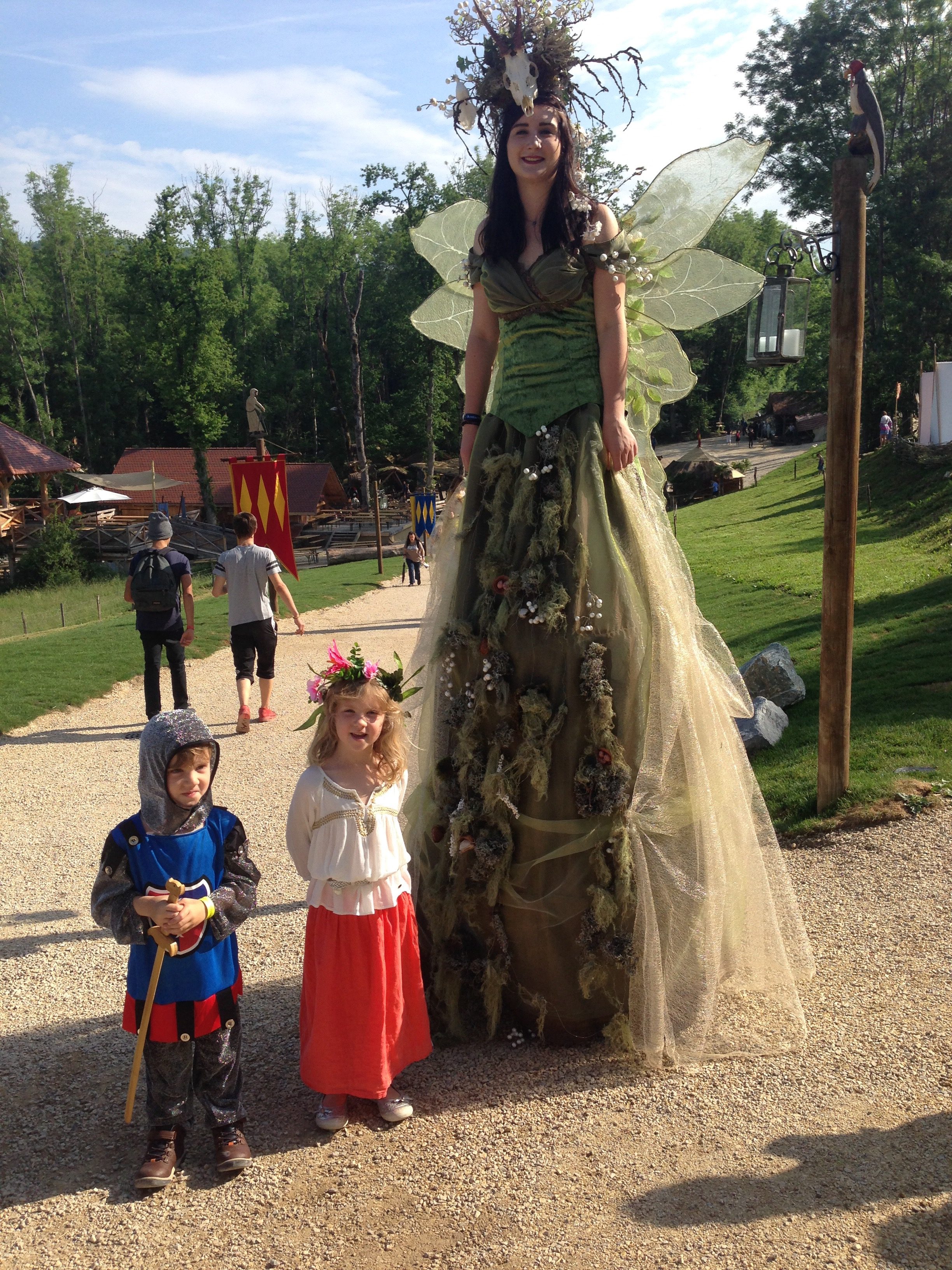 The following week, I went with Esther’s class on a day hike. Who knew 6 year olds could hike for 7 hours? They can and they love it! We packed a picnic lunch and ate in the grass. 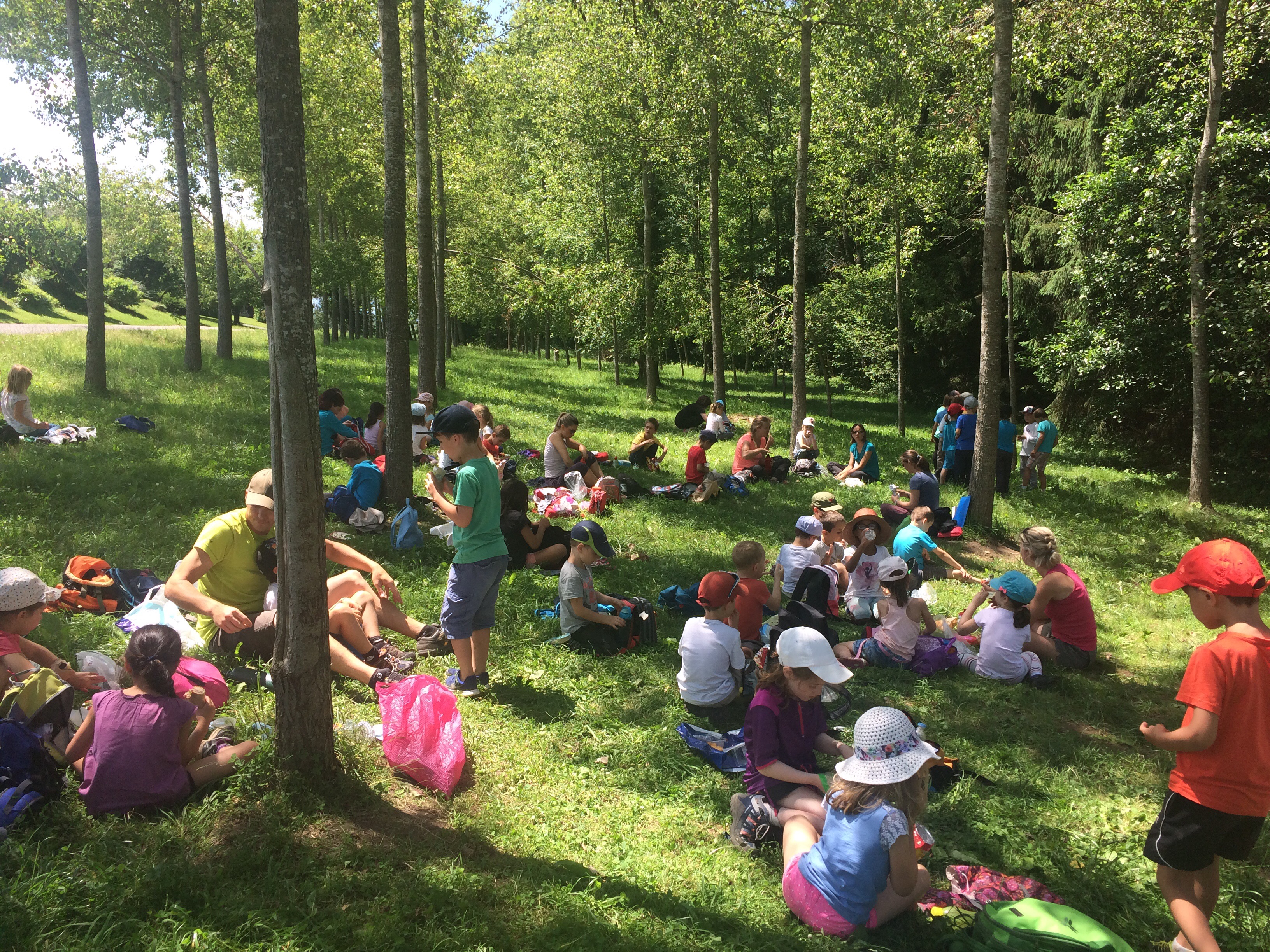 The kids did a ton of really cool activities like like listening to a hollowed out tree trunk with stethoscopes to hear bugs scurrying around. Craig said they also used the stethoscopes to listen to the snow melt on one of the trips he went on with the class. The kids found several tiny frogs that were the size of house flies. They also found a tadpole that was halfway transitioned to a frog. Super cool.

After collecting tons of leaves and pine cones and moss and sticks, the kids made some really cool designs with their found objects. 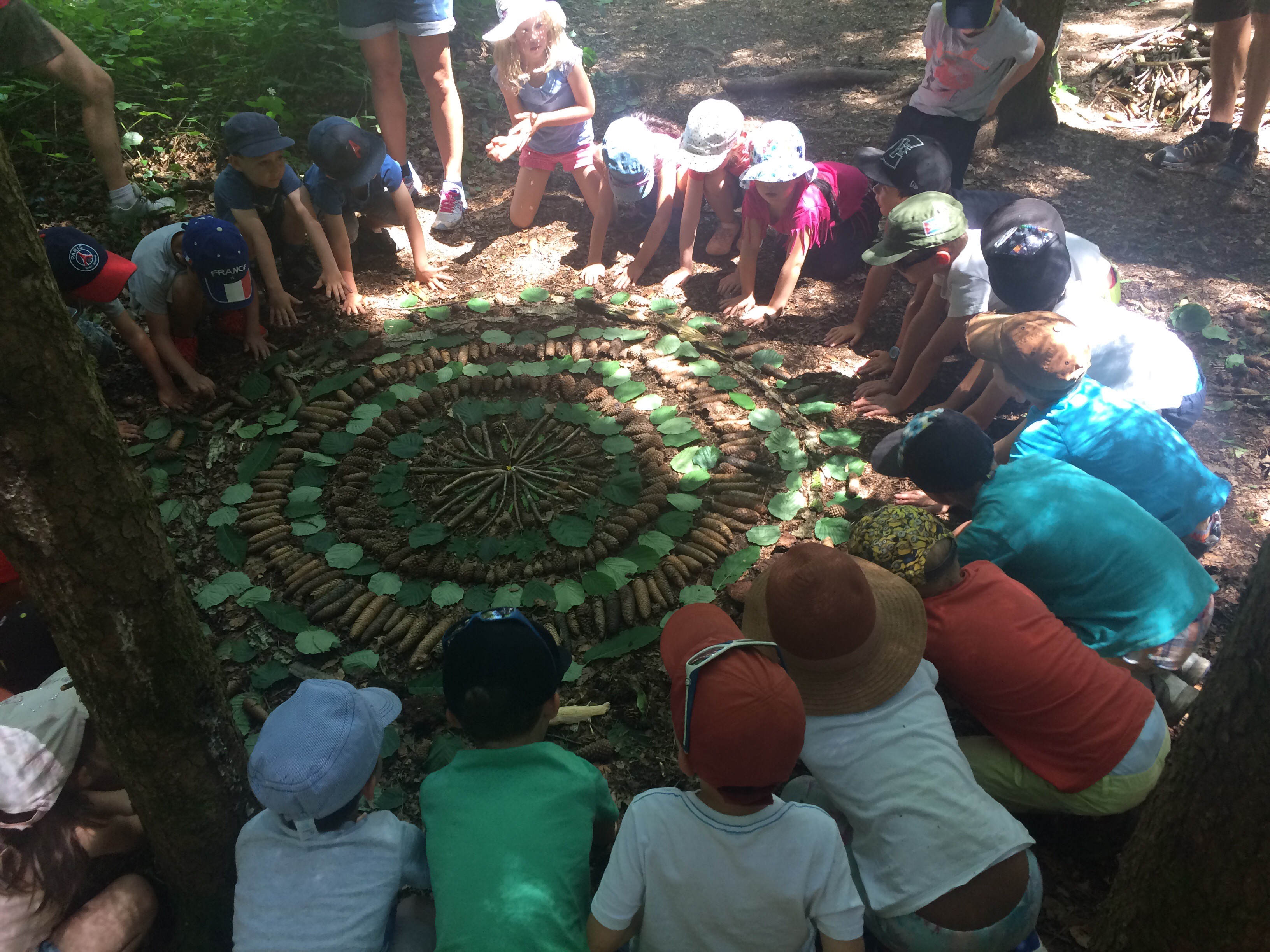 We have been so impressed with the education the kids have received. Both kids are fluent in French now and speak without an accent. We are incredibly proud of them.

Craig and I are doing pretty good with our language progress too. Sure, the kids left us behind months ago, but for adults we’re learning fast. We can have conversations now but I think we sound a bit like cavemen. Twice last week, we spent 4+ hours talking with friends and used zero English so we were really proud of ourselves. I think our accents make us funnier too. When I tell a joke or say something funny in French, people laugh much harder and for much longer than they should. It’s possible that they are laughing at us and not with us. C’est la vie!